Where Will Hong Kong Go in the Darkest Moment? 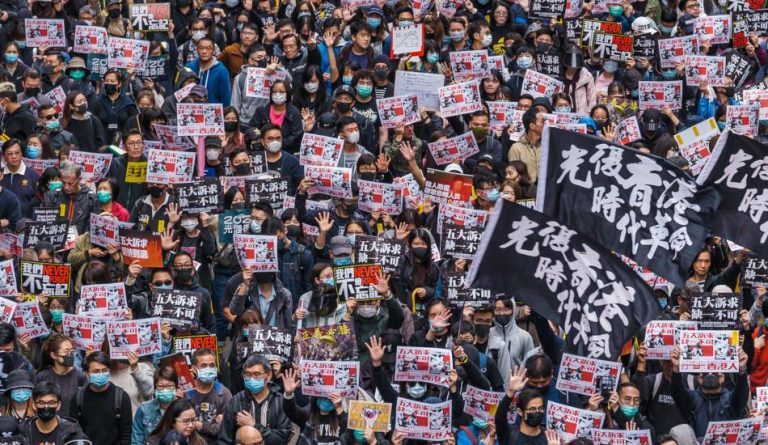 On May 28, a new national security law was imposed on Hong Kong, marking the end of the city’s freedom under 'one country, two systems.' (Image: Studio Incendo via flickr CC BY 2.0 )

On May 28, the National People’s Congress of the Chinese Communist Party (CCP) passed the national security law for Hong Kong. This means that the CCP has finally completely removed Hong Kong’s “one country, two systems.” In the future, the CCP can unscrupulously arrest and kill people in Hong Kong according to its new law.

Mike Pompeo, U.S. Secretary of State, announced the results of the U.S. assessment of Hong Kong’s autonomy on May 27 saying: “No reasonable person can assert today that Hong Kong maintains a high degree of autonomy from China, given facts on the ground. I certified to Congress today that Hong Kong does not continue to warrant treatment under United States laws in the same manner as U.S. laws were applied to Hong Kong before July 1997.” (nbcnews.com)

After centuries, Hong Kong has finally fallen completely and entered its darkest moment in history.

Significance of Hong Kong to the CCP

The Sino-British Joint Declaration stipulates that China has sovereignty over Hong Kong, but that the capitalist system will continue to be practiced in Hong Kong, so that “one country, two systems” will allow Hong Kong to keep its freedom and the rule of law for 50 years.

This was the basis for Hong Kong to maintain stability and prosperity with the consensus of the three parties involved: China, Hong Kong, and the United Kingdom. It was also the international community’s consensus.

Hong Kong has been a paradise for the free exchange of currencies. For centuries, it formed a natural economic market under British management. It has a sound legal and tax system and is in line with international standards. Hong Kong is an international financial center, ranking among the world’s best.

The most important reason why Hong Kong attracted investment from all over the world to become a prosperous international metropolis lies in the core values of freedom and human rights under “one country, two systems,” as well as the legal environment under the constitutional system.

For the CCP, Hong Kong is also very important, because Hong Kong is a channel for many family interest groups of the CCP’s top leadership to launder money and transfer wealth overseas.

Why did the CCP abandon Hong Kong now?

Hong Kong is very important to China’s economy and society and the interests of the CCP. So why would the CCP impose a national security law on Hong Kong at this time? This amounts to removing Hong Kong’s status as an international financial center.

The answer is simple: If the CCP must choose between protecting its political power or giving up Hong Kong as an international financial center, what choice will it make? The answer is self-evident.

The CCP is now making a last-ditch attempt to protect the regime at all costs. Hence, abandoning Hong Kong and massacring Hong Kong people will become the CCP’s future options.

Hong Kong acts as a bridge that connects mainland China and the free world. The CCP is most afraid that Hong Kong will become a future model of freedom and democracy in mainland China.

What will happen to Hong Kong now?

The response from the U.S. government was the toughest, implementing sanctions to remove Hong Kong’s special tariff status. The CCP, in order to protect the regime, has generated the worst plan for U.S. sanctions.

The CCP is very toxic. Underestimating the evilness of the CCP is perilous, as the profoundly immoral and wicked nature of the CCP has no limit. In order to protect its political power, not only will it throw away Hong Kong, it is extreme enough to sacrifice Beijing, Shanghai, and Guangzhou, killing many people in the process.

So where will Hong Kong go?

There are several possibilities. First, the West led by the United States adopts tougher economic sanctions against the CCP, which may not help Hong Kong in the short term. The CCP will follow the plan for Hong Kong and arrest and even kill the people who stand up and fight, and finally turn Hong Kong into a red city just like those in mainland China.

Secondly, the Hong Kong peoples’ resistance will not stop, but it may be severely suppressed if the CCP starts killing people. For example, the CCP causes large-scale bloodshed in Hong Kong, and so the Western world led by the United States strengthens sanctions against the CCP. As a result, the infighting in the Chinese Communist regime is intensified and cadres will change positions. Only internal regime changes within the CCP can make any difference to Hong Kong now.