What If We Dumped All Our Trash Into Volcanoes? 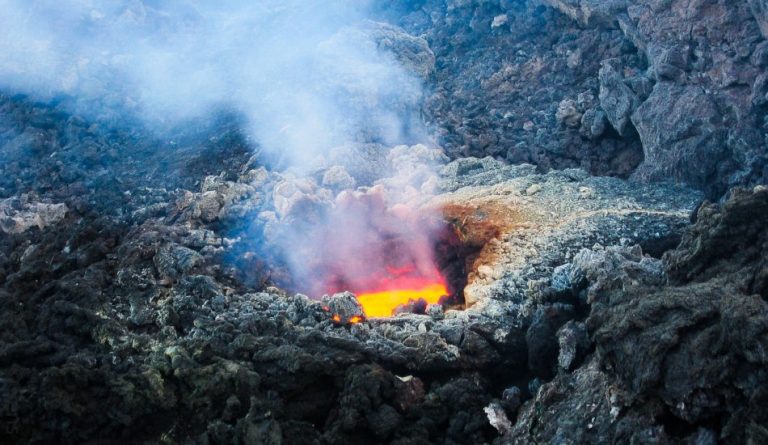 Volcanoes are really hot, so why not use them to incinerate all the Earth’s garbage? (Image: via pixabay / CC0 1.0)

Well, it seems logical. Volcanoes melt even the hardest of substances. If Sauron’s One Ring could not survive the fires of Mount Doom in Lord of the Rings, what chance does everyday plastic have, right? So instead of polluting the Earth and its oceans and killing and suffocating the wildlife, why don’t we just dump our trash into volcanoes? Are there dangers? How would we transfer the piles of trash from the world’s cities to volcanoes? Are there even that many volcanoes? Let’s take a look at some of the answers.

Let’s first begin by identifying the volcanoes. It seems there are approximately 1,500 active volcanoes on Earth at the moment. And people generally don’t live anywhere near the active ones — a smart move on the part of city planners. So that brings up a problem. Getting all the trash to the volcanoes will be hard. What kind of volcanoes are we looking at here? We would need a shield volcano, the slowly-melting-everything kind.

There are the angry-burning-everything kind as well, also known as stratovolcanoes. These are difficult to work with, as they keep belching out lava all over the place. The garbage guys wouldn’t be too happy about that job proposition.

Not many takers for that, I’d guess. You need “life” to make good use of lifetime employment, right? Well, what if you had a group of volunteers who were courageous enough (read: crazy) to take on the mission? A group of Ethiopian researchers, back in 2002, decided to do just that. Check this out.

They threw 66 pounds of trash into the Erta Ale Volcano. Everything about volcanoes is unstable, lava lakes particularly so. When you pierce their surface with something cold, you may cause an explosive chain reaction. That’s what happened. Acidic fumes exploded out. So just imagine the size of the reaction you’d get from dumping in all of America’s 254 million tons of trash.

In Hawaii, lava has been recorded going up 280 feet into the air due to surrounding rocks falling into the volcano. The temperature of lava falls between 1292°F and 2282°F. That is extremely hot, but not hot enough to burn up everything. It might not be enough to incinerate nuclear fuel or even medical waste.

Then, there’s the smoke generated from burning stuff. The environmental impact is going to be massive. The skies are going to be clouded with smoke all over the world. The shipping, trucking, and flying costs for the trash to be finally dumped into the volcano adds up to a staggering bill, which doesn’t justify the move.

So taking everything into consideration, burning trash in volcanoes is not a feasible solution.

But what if we could use the heat energy from the volcanoes and somehow store this and convert it into a usable form? Well, that’s another question for another time.