Is China Building a Naval Base in Pakistan? 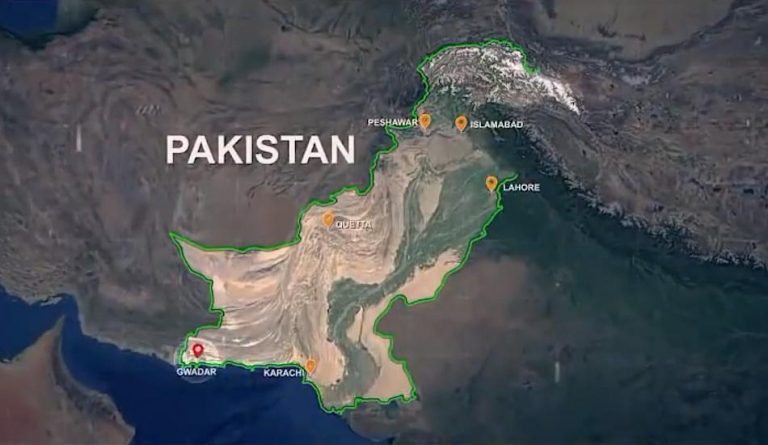 New satellite images show that China might be building a naval base at Gwadar, located at the western end of Pakistan’s coast. (Image: Screenshot / YouTube)

China has been on the lookout for a place to build a new military base outside the country ever since Beijing opened its first foreign base in Djibouti. Though there have been talks that Pakistan might be the next host, there hadn’t been any solid evidence to support this theory… until now. New satellite images show that China might be building a naval base at Gwadar, located at the western end of Pakistan’s coast.

In the images, a high-security compound has been identified as being used by CCCC Ltd., a Chinese state-owned company that is involved in several civil engineering projects. The level of security around the compound seems too abnormal for a company. For instance, “it has anti-vehicle berms, security fences, and a high wall. Sentry posts and elevated guard towers cover the perimeter between the fence and the inner wall. This suggests armed guards with rifles,” according to Forbes.

In addition to this compound, there are two other sites that might be linked to the Chinese military. These sites have several rows of buildings that have blue-colored roofs. Some have suggested that the structures might be acting as barracks for Chinese military personnel.

The Gwadar Port is part of the US$62 billion China-Pakistan Economic Corridor. Beijing places high importance on the project since it plans on using the corridor to move goods to and from Africa. Right now, China has to send its goods through the Strait of Malacca, which takes up too much time. With Gwadar, China will also be able to develop its Western regions. Since goods will be routed through the Western region on their way from Africa to the East, economic activity will become robust. By using the Gwadar Port for military activities, China can easily attack India’s naval forces stationed in the eastern region.

The Gwadar project has faced severe opposition from the local Baluchi people who are fighting against the Pakistani regime for their independence. Back in 2018, a Chinese consulate in Karachi was attacked by members of the Balochistan Liberation Army. The same year, a Chinese analyst that has links to the government admitted to the media that the base near Gwadar Port would be used to dock and maintain naval ships. Last month, there were reports that China was expanding its military base in Djibouti in order to accommodate large ships, including a 1,082-foot pier for aircraft carriers.

A report released in May has exposed how unscrupulously Chinese companies were exploiting the people of Pakistan. The report, prepared by a committee formed by Prime Minister Imran Khan, investigated the reasons behind high electricity costs and found a web of corruption linked to Chinese businesses. A company called Huaneng Shandong Ruyi (Pak) Energy (HSR) was found to have inflated the setup costs of their coal plants. Almost US$625 million worth of corrupt practices were found in the independent power generating sector, with almost a third of them being tied to some Chinese project.

Meanwhile, the U.S. has asked China to write-off some of the debts of Pakistan, citing Beijing’s unfair and predatory lending practices. A U.S. official argued that without the debt relief, the country won’t be able to fund its fight against COVID-19. The Pakistani government has been financially struggling for some time, burdened with debt and a weak economy. The country’s public debt is almost set to hit 90 percent of the total value of its national economy.