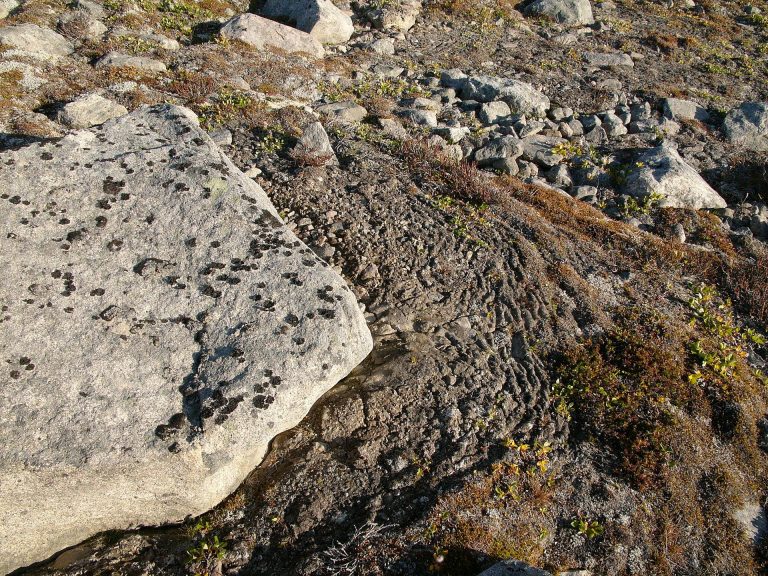 The researchers are taking high-resolution soil and gas samples down to the upper layers of the permafrost across multiple sites with differing landscape characteristics, from upland forests to lowland bogs. (Image: Hannes Grobe via wikimedia / CC BY-SA 2.5)

What nitrogen is getting up to in permafrost soils may exert great feedback on climate change, which overturns what researchers have long believed, according to a Sino-German joint study. Nitrogen is a constituent part of nitrous oxide (N2O) — an often overlooked greenhouse gas — and there is a vast amount of nitrogen stored in permafrost soils. But little is known about N2O emissions from permafrost soils and, until recently, it was assumed that releases had to be fairly minimal due to the cold climate.

The decomposition of organic matter is slow in low temperatures. Exacerbating this, there would have to be high competition among organisms for what little nitrogen there was in a form that they can use. So there couldn’t be much nitrogen left over to contribute to N2O releases. In recent years, however, a growing number of papers have started to hint that there might be very high N2O emissions from such soils, perhaps as much as those from tropical forests or croplands, which suggests that there’s a clear gap in our understanding of what happens to nitrogen in permafrost soils.

To get to the bottom of the issue, Dr. Michael DANNENMANN from the Karlsruhe Institute of Technology and Dr. Liu Chunyan from the Institute of Atmospheric Physics (IAP) of the Chinese Academy of Sciences, in collaboration with their colleagues, have established the “NIFROCLIM” project in a high-latitude permafrost region in northeast China, which is part of the Eurasian permafrost complex — the world’s largest permafrost area. The profile of “NIFROCLIM” was published as a News & Views report in Advances in Atmospheric Sciences. Elisabeth Ramm, the first author of the article, said:

The researchers are taking high-resolution soil and gas samples down to the upper layers of the permafrost across multiple sites with differing landscape characteristics, from upland forests to lowland bogs. They are also engaging in experiments that simulate varying levels of warming. Building a scientific outpost on the southern edge of this region is ideal for studying the impact of climate change on permafrost as the arctic, and the subarctic, in particular, is being hit hard already by global warming. Temperature increases occur here at more than double the pace of the global average, accelerating permafrost degradation and N transformations. Dr. Liu Chunyan said:

“If anywhere is going to tell us whether we’ve been getting the math wrong on nitrogen, it’s here.”