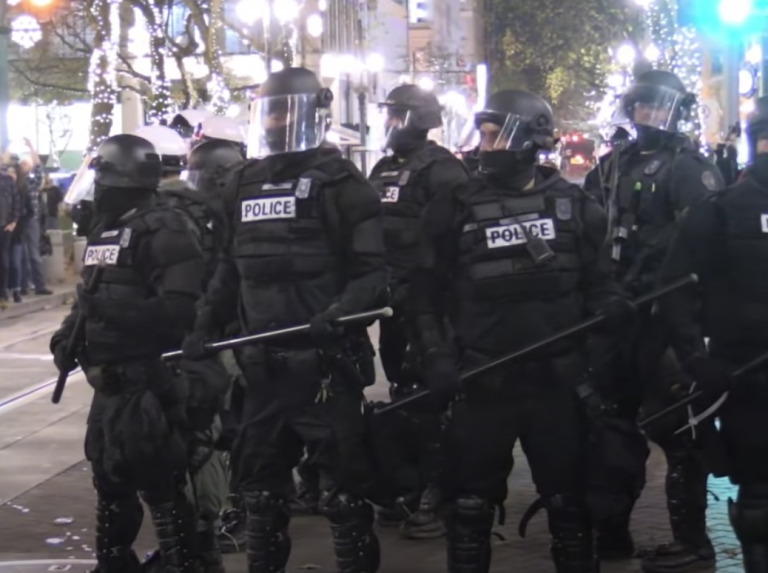 China is using the U.S. crackdown of rioters to justify its actions in Hong Kong. (Image: YouTube/Screenshot)

In China’s state-backed Global Times, an article tries to equate the Hong Kong and Black Lives Matters (BLM) protests, saying that actions like smashing stores, burning police stations, attacking police officers, and blocking roads that took place at a few of the protests in America seemed as if the Hong Kong “rioters” had snuck into the affected U.S. cities. Nancy Pelosi had once commented that the Hong Kong protests were a beautiful sight. The editor of Global Times mocked Pelosi, tweeting that the “beautiful sight” has now arrived in the U.S. The article asked Pelosi and Mike Pompeo whether Beijing should support the American protestors in the way U.S. politicians “glorified” the protestors in Hong Kong.

However, all such criticism falls flat when we consider the fact that the U.S. is a democracy while China is a totalitarian regime. Protests are normal in any free society. And while a limited number of these protests may devolve into violence, what matters is how the government and other administrative units deal with such acts of violence. In a totalitarian regime like China, the government immediately strikes out at the protestors with violence. And once the protests are quashed, the regime will hunt down its leaders and imprison them without a trial. Some of the protestors identified as “dangerous” may be executed. No one is free to question the actions of the government.

In contrast, when a protest erupts in a democracy like the U.S., there is often a public debate that will discuss both sides of the issue. Courts of law will look into whether the suppression of protesters by the police was justified and pass judgment. If the protests degrade into criminal activity, only then will the government have the right to deal with it violently. Even then, protestors will also have their day in court. And if in the end, the public is not happy with the government response to the protest, it can vote in a new administration. These things are not at all possible in a totalitarian regime, which just goes on to show how superior American democracy is in protecting the rights of all people and ensuring that everyone has the right to speak their minds.

Chinese officials also did not shy away from hyping up racism in the U.S. “Racism against ethnic minorities in the U.S. is a chronic disease of American society… The current situation reflects once more the severity of the problems of racism and police violence in the U.S,” foreign ministry spokesman Zhao Lijian said, as reported by CBS News. He went on to add that China stands with Africans and will work with the community to “firmly” oppose all forms of racial discrimination and hatred.

This is especially ironic given that just a few weeks ago their abominable treatment of African migrants in the midst of the COVID-19 pandemic had earned the wrath of the world. Africans were refused entry into restaurants and shopping malls. Landlords evicted them without cause, forcing many to sleep on the streets. Some were dragged out of their homes and forcefully quarantined. But instead of taking any strong action against Chinese racism on Africans, Beijing tried to act as if nothing serious was done against the migrants.