Is Our Food Becoming Less Nutritious? 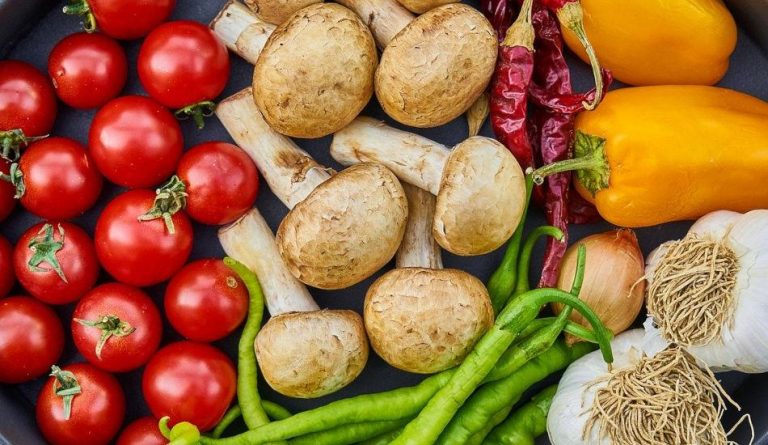 People like to reminisce about how food tasted better and was more nutritious ‘in the good old days,’ but could it actually be true? (Image: Engin_Akyurt via Pixabay)

We usually hear something like this from the elders in the family: “You know when we were young, fruits and vegetables were smaller and filled with so much nutrition, not like the ones in the supermarkets nowadays…” Is there truth to this? Is our food truly less nutritious? Let’s find out.

There was a study done in 2004 that looked at 43 different garden crops and evaluated nutritional value changes that happened between 1950 and 1999. The results validated that, on average, protein content decreased by around 6 percent, Vitamin B2 went down 38 percent, and Vitamin C dropped 15 percent. There were also notable decreases in iron and calcium.

Crops nowadays grow bigger and faster than ever before in recorded history. This is due to selective breeding practiced by farmers. But when we compare a wild plant that has not undergone selective breeding, like goldenrod, we still find a decrease in nutrients.

Carbon dioxide is plant food, which they obtain from the air. As you know, the CO2 levels have been going up since the Industrial Revolution. Scientists have been running experiments where they pump more CO2 into areas where there are plants and then check for changes in nutritional value.

In a study done in Japan and China, they tried this with the rice crop. When investigated, it was found that protein decreased by 10 percent, iron by 8, and zinc by 5.

When studying for his Ph.D., Irakli Loladze came across a phenomenon regarding zooplankton. Zooplankton are microscopic animals that depend on algae for food. Scientists discovered that you could increase the food supply for zooplankton simply by shining light on the algae. The algae grew considerably when there was light.

But then, they discovered that even though the zooplankton had plenty to eat, they were struggling to survive. Why? Because the algae no longer contained as many nutrients as before. They grew fast, but the zooplankton could only eat so much, and hence, the concentration of nutrients dropped significantly.

This could also be the reason why the bee population has declined considerably all over the world. We have more food than ever, but most of it is junk.

How does climate change affect our food?

As Kristie Ebi said in a TED talk: “When nutrients go down, for example when iron content goes down in our food, we can experience fatigue, heart failure, shortness of breath, and delays in overall development.”

If you are running low on zinc, you are susceptible to, among other things, impaired immune function and slower healing times. Vitamin B regulates the nervous system, helps fight infections, and converts food into energy.

This is particularly bad for the poorer regions of the globe where the people already have a deficiency in the quantity of food. Combined with fewer nutrients, this will bring out drastic food shortages. Also, nutrient deficiency leads to less resistance while fighting off diseases.

The experiments did not consider climate change, but focused specifically on carbon dioxide. Scientists admit that there are many things they still need to understand about these changes, including what the possible solutions could be.

Scientists continue to talk about breeding, genetic manipulation, and making changes to the soil. But isn’t that what led to these problems in the first place? Aren’t they culpable along with companies like Monsanto and Bayer? Would it be better if we allowed for the natural way of farming, allowing the soil to bring back nutrients?

So granpappy was right, after all. There is much to study here, and any one side, with inadequate research, can make wrong conclusions. After all, what we face now are the consequences of actions we’ve taken in the past. In order to live well in the future, we need to think and plan more holistically.