The Path to the Underworld 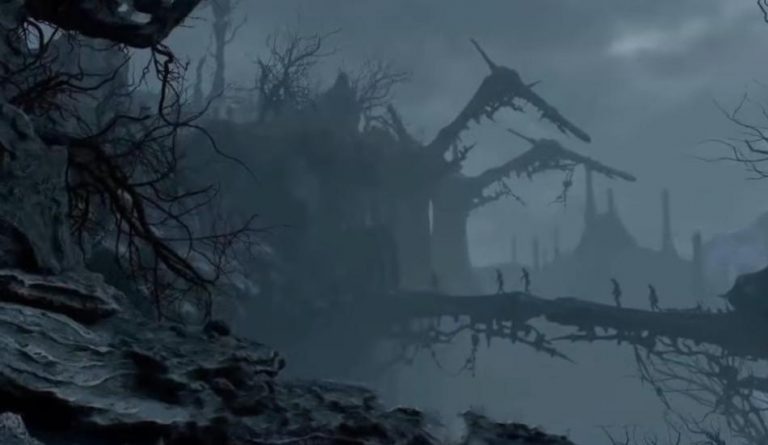 A mysterious path located in Sichuan Province, China, has been dubbed the ‘Path to the Underworld.’ (Image: Screenshot / YouTube)

According to Chinese mythology, souls of the deceased must travel the path to the underworld to face the King of the Underworld who renders judgement for the deeds they committed when alive. The judgment will decide the fate of the deceased — to ascend to Heaven, to be reborn as a human again, to become an animal after rebirth, or to be locked up and tortured in hell, 18 layers below the underworld.

Located in Wawu Mountain in the city of Meishan in Sichuan Province, a mysterious path has been dubbed the “Path to the Underworld” or the “Road to Death,” as those who set foot on it never come back and no one knows the fate of the missing people. Wawu Mountain has the biggest jungle in China, an area of 145,000 acres. It is also a natural geological park covered with lush forest, rare plants, and inhabited by thousands of precious species of wildlife.

People used to come to the area to find rare herbs, but many disappeared. As a result, people stay away from this path, and the local government has banned visitors from entering. Legend has it that this path was built by a Taoist master, Zhang Daoling, who applied the principles of the five elements and eight trigrams in its layout and construction to prevent disturbance from the people in the secular world.

Some people speculate that a monster lives in this area. Others said that people become disoriented after entering this place. Modern scientific instruments malfunction completely within the area. For example, compasses swing left and right, and GPS also fails to function. Fog blankets this jungle year-round, dense trees block the sunlight, and the rugged terrain creates challenges for people to identify the direction in which they are going, which has prevented explorations and studies.

Some people believe that the strange phenomena are caused by a miasma of toxic gas harmful to the human body if inhaled. However, this statement was soon rejected by scientists as analysis of an air sample found no toxins around the area. Others suspect that the chaotic magnetic field in this area somehow causes hallucinations and confusion.

Experts who studied the geography of this area found that it is at a similar latitude as the Bermuda Triangle, and coincidentally, the supernatural phenomenon is comparable as well. Since its discovery in 1970, this path continues to be a mystery and no one has been able to explain it. But the locals are convinced that this really is the road to death.

Translated by Joseph Wu and edited by Angela