China’s National Security Law: How Hong Kong Will Be Impacted 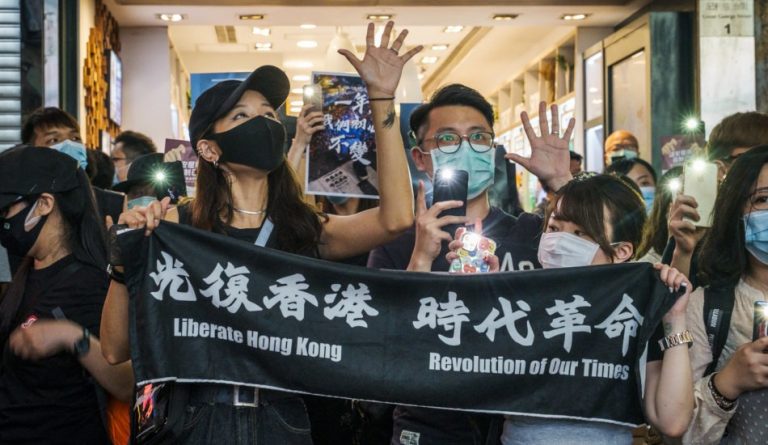 The first casualty of China’s National Security Law is the freedom of the people of Hong Kong. (Image: Studio Incendo via Flickr)

The Chinese government recently passed a National Security Law that will have negative repercussions for Hong Kong. The law makes an activity like the subversion of state power, secession, terrorism, or foreign interference in city affairs a criminal act. Beijing can even set up its own security institutions in Hong Kong, including the communist regime’s law enforcement agencies.

The consequences of the National Security Law

The first casualty of the law is the freedom of the people of Hong Kong. The Chinese government will be able to use the National Security Law on pro-democracy activists like Joshua Wong who have been lobbying world governments to support the cause of Hong Kong’s democracy. Beijing can charge Wong with “subversion of the state” or “colluding with foreigners” and put him in jail. This will be the fate of other democracy and free speech activists too.

The judicial system of Hong Kong, which at present involves open courts, can also end up mirroring the horrible system that exists on the mainland. “Almost all trials involving national security are conducted behind closed doors. It [is] never clear what exactly the allegations and the evidence are, and the term national security is so vague that it could cover almost anything,” Professor Johannes Chan, a legal scholar at the University of Hong Kong, said to the BBC.

The second negative consequence for Hong Kong will be economic. Up until the National Security Law was announced, Hong Kong was given special economic status by the U.S. It is due to this special categorization that Hong Kong was able to attract top international companies and become one of the major financial centers in the east. However, this economic status was dependent on the condition that Hong Kong remains a democracy and protects personal freedoms.

Since this is no longer true, U.S. President Donald Trump has initiated the process of scrapping this status for Hong Kong. As a result, businesses are expected to slowly move away from Hong Kong and seek out other destinations like Tokyo, Singapore, etc. Hong Kong will also lose out on the preferential traffic rates it enjoyed from its relationship with the U.S. Trade between the two regions amounts to about US$67 billion a year.

The Hong Kong police department is setting up a special unit to facilitate the implementation of the National Security Law. According to John Lee Ka-chiu, the city’s security minister, the unit will be fully functional right from the first day the law is implemented. The new unit will be headed by police commissioner Chris Tang Ping-keung and will be involved in activities like investigation, intelligence gathering, and training.

Lee did not reveal the extent to which the local unit will work with agencies from the mainland. However, he did suggest that there would be heavy involvement of these agencies. The minister pointed out that the mainland departments have wider intelligence gathering and analysis capabilities and will aid the local unit to have a “helicopter view” of an issue.