Diamonds: The Future of Energy Storage 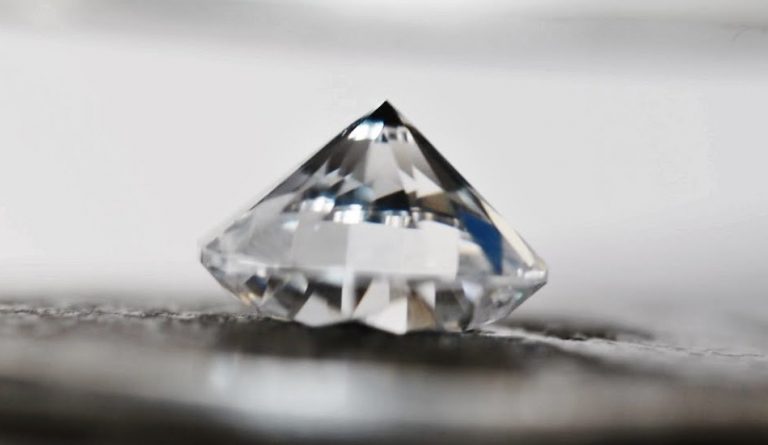 Diamonds may be the answer to making batteries that are more efficient, safer, and cheaper. (Image: Screenshot via YouTube)

What do diamonds have to do with energy storage? Energy storage is one of the most important tech challenges that scientists are tackling right now. How do you make batteries more efficient, safer, and cheaper? This is a question that drives scientists to look into a myriad of options. Researchers from the Queensland University of Technology (QUT) in Australia recently reported that they might have a solution to the future of energy storage — diamonds.

In their study, the researchers successfully modeled the mechanical energy storage and release capabilities of a Diamond Nanothread Bundle (DNT), which is a collection of extremely thin one-dimensional carbon threads that store energy when they are stretched or twisted.

“Similar to a compressed coil or children’s wind-up toy, energy can be released as the twisted bundle unravels… If you can make a system to control the power supplied by the nanothread bundle it would be a safer and more stable energy storage solution for many applications,” Dr. Haifei Zhan, a researcher, said in a statement.

The new DNT model could be used as a micro-scale power supply for things like small robotics, biomedical sensing systems, and so on. Popular battery solutions like lithium-ion batteries are chemical storage devices that use electrochemical reactions in order to store and release energy. This usually carries a much higher risk when compared to mechanical energy systems as demonstrated by the QUT researchers.

For instance, when temperatures get too high, chemical storage systems can end up exploding. In lower temperatures, they might become non-responsive. Upon failure, they can leak and trigger chemical pollution. Since mechanical energy storage systems do not have these risks, they are better suited for use in devices that may have to be embedded into the human body.

In December last year, it was reported that researchers from Tokyo had experimented with boron-doped nanodiamonds as electrodes in supercapacitors. These diamonds apparently have a wide potential window, meaning that a high-energy storage device could remain stable over a period of time. In their experiments, the scientists found that these electrodes not only resulted in higher power densities and energy for supercapacitors, but they remained stable even after 10,000 cycles of charging and discharging.

In addition to batteries based on diamonds, several promising battery technologies are currently under research. One among them is solid-state batteries. In li-ion batteries, which are one of the most used batteries in the world, ions move from one electrode to another through a liquid electrolyte. But in solid-state batteries, a solid compound replaces the liquid electrolyte. The biggest advantage of the cell is its tremendous safety. Plus, it can also allow for the manufacture of denser and lighter batteries that have a better shelf life. Since the batteries can have a high power-to-weight ratio, these may be ideal for use in electric vehicles.

Proton battery technologies are also being explored. Last year, a team of researchers from RMIT University in Australia reported the technical feasibility of such a battery for the first time ever. For the electrode, the battery used activated carbon since it is structurally stable for storing hydrogen. Aside from the platinum that is used as a catalyst, these batteries use materials that are abundant and cheap. The researchers clarified that the battery will be available through the marketplace in about 5 to 10 years, meaning the commercialization of the technology is still years away.