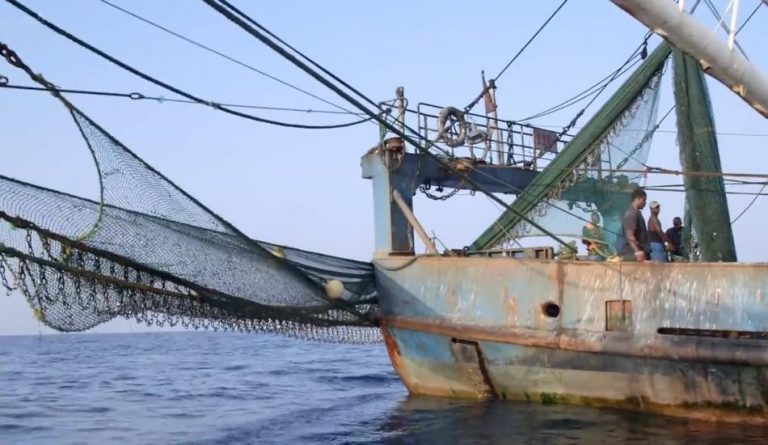 Distant Water Fishing (DWF) fleets refer to vessels from countries that fish outside their native land’s waters. China is known to have the biggest Distant Water Fishing fleet in the world. A new report by the Overseas Development Institute (ODI) has revealed that the fleet actually is five to eight times larger than previously estimated at 16,966 vessels. In comparison, the U.S. only had 225 Distant Water Fishing vessels as of 2015.

The boom in Chinese Distant Water Fishing fleets is said to have been due to the depletion of fisheries stocks and public subsidies. The vast size of the fleet means that China’s overfishing activities have a much more significant impact on the world’s marine ecosystems. “Millions of people particularly in poor coastal countries are directly dependent on fisheries resources for their livelihoods and food security. The discovery that China’s Distant Water Fishing fleet is much larger than expected is alarming and should be taken as a warning sign. Global fishing fleets — not just the Chinese — need to be more transparent about their size and operations, to prevent further overfishing of already unsustainably depleted fisheries resources,” Alfonso Daniels, co-author of the report, said in a statement.

The most frequent area of operation of the Distant Water Fishing fleet was identified to be the Northwest Pacific. However, the most intense fishing activity was seen in the Southwest Atlantic and Southwest Pacific, particularly off the Peruvian coast.

More than 1,800 vessels were conducting bottom trawling, a fishing technique that has been deemed to be very destructive. It involves boats dragging nets across the seafloor so as to scoop up fish. This not only displaces marine species, but also stirs up sediments lying on the seabed and mixes the pollutants with the plankton that ends up in the marine food chain. Since these fleets are spread all across the world, the consequences of Chinese Distant Water Fishing fleets carrying out bottom trawling can be catastrophic on a global level.

Over 90 percent of the vessels flew a Chinese flag during operations. Around 1,000 vessels were registered overseas, with 518 of them bearing the flags of African nations. About 183 vessels were identified as being involved in Illegal, Unreported, and Unregulated (IUU) fishing. In the IUU fishing index, China has been ranked as one of the worst-performing states. The report asks the Chinese government to improve transparency about Distant Water Fishing vessels as well as the companies that operate them. Since only 10 companies were identified as owning almost half of the IUU fishing vessels, the report recommends that the administration target these businesses to quickly curb the issue.

The impact of Chinese Distant Water Fishing vessels fishing in African waters has been devastating for local fishermen. In Ghana, China operates about 137 ships. Almost all trawlers in the country are owned by the Chinese and the trawler agents who profit from the sale of fishing licenses tend to be local Members of Parliament. People have been criticizing the government for damaging the local fishing industry to no avail. Over 2 million Ghanaians depend on marine fisheries for their livelihood.

In Senegal, the local fishing industry wrote an open letter to the country’s president, demanding that the proposal to grant fishing licenses to over 50 Chinese trawlers be blocked. If the Chinese vessels get the licenses, they will be able to fish under the Senegalese flag and no local fisherman can ask them to leave the country’s waters. Around 600,000 Senegalese are estimated to be employed in the fishing industry.