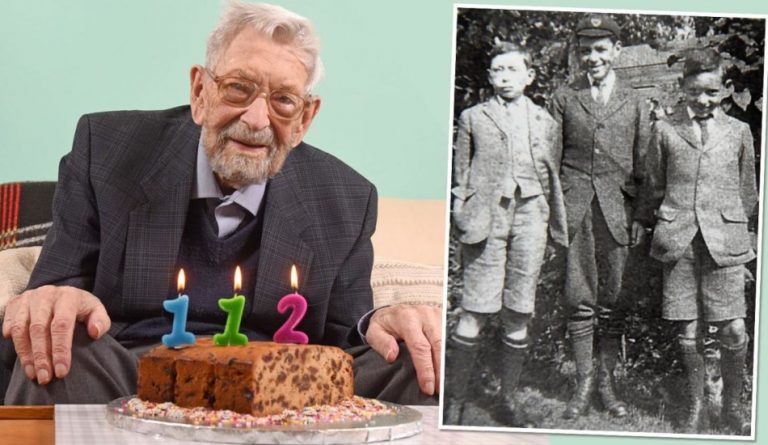 Robert Weighton was confirmed as the oldest living man in the world at 112 years of age. (Image: itv.com via wikimedia CC BY-SA 4.0)

Robert Weighton, confirmed as the oldest living man in the world at 112 years of age, peacefully passed away in his sleep. He was suffering from cancer and died at home in Hampshire, England, on May 28, 2020. A former engineer and teacher, Mr. Weighton was born in Hull, East Yorkshire, in the north of England on March 29, 1908.

“Bob was an extraordinary man, and to the family not really because of the amazing age he reached. A role model to us all, he lived his life interested in and engaged with all kinds of people from across the world,” the family said in a statement (CNN).

Mr. Weighton had been active till his death, hand-making puzzles and furniture that he then sold off for charity. He possessed a keen mind with interests ranging from theology to ecology. He recently declined a greeting card from the queen stating that he didn’t want to waste taxpayer money and that he had received 10 cards already.

“We are so grateful that until the very end Bob remained our witty, kind, knowledgeable, conversationalist father, grandfather, and great grandfather, and we will miss him greatly,” added the family.

Mr. Weighton was one of seven children in his family. He moved to Taiwan while quite young and learned Mandarin. It was in 1937 that he married his wife, Agnes. When World War II broke out, they went on to Canada and then the U.S., where he worked in an airplane factory.

After the war, the couple returned back to England and Mr. Weighton started teaching at City University, London. His wife died in 1995. He is survived by David and Dorothy, his children, 10 grandchildren, and 25 great-grandchildren.

Mr. Weighton was a jovial man who took laughter rather seriously. When asked the secret to longevity, he’d reply: “To avoid dying.”

“Most of the trouble in the world is caused by people taking themselves too seriously,” Weighton said (BBC).

According to Guinness World Records, the world’s oldest person is Kane Tanaka, from Japan. In January 2020, Ms. Tanaka celebrated her 117th birthday.

There are many in the world who claim to be even older than Mr. Weighton, but due to lack of proper documentation, their claims have not been considered.

Swami Sivananda, who was born in the village of Behala, India, on August 8, 1896 (still alive). The only document that verifies Sivananda’s date of birth is a temple register. Currently, he resides in the holy city of Varanasi where he is a guru with many followers.

Mbah Gotho of Indonesia was born on Dec. 31, 1870, according to his official ID card. He passed away on April 30, 2017, which would have made him 147. The Indonesian government did not register births before 1900. As there were errors in the past regarding birth dates, this date was not confirmed independently. He had survived all four of his wives, 10 of his siblings, and all of his children.

Bir Narayan Chaudhary in Nepal died on April 20, 1998. He claimed to have been born in 1856, making him 141 years of age at the time of death. Back in 1997, he was honored by Nepal’s king. There was widespread media coverage of this claim during that time. Unlike others, Chaudhuri was a regular smoker, and lived on a diet of vegetables, pork, and rice.

In ancient times, people were recorded as having lived for quite a long time. In the Bible itself, many people were said to have lived for more than 900 years. Scientists have “debunked” these claims. They say that “years” written in the texts were actually months. But this theory has some holes, as that would mean several people fathered their children at tender ages (below 10), which is impossible.

In ancient China, supercentenarians were quite commonplace. Joseph P. Hou, Ph.D., acupuncturist, wrote in his book Healthy Longevity Techniques about some of these masters of longevity:

A Persian book of poetry, The Book of Kings, written by Ferdowsi in the 10th century A.D. speaks of kings who reigned for more than 1,000 years. Then, in later generations, the time of a king’s reign went down to 150 years and became lesser as time passed.