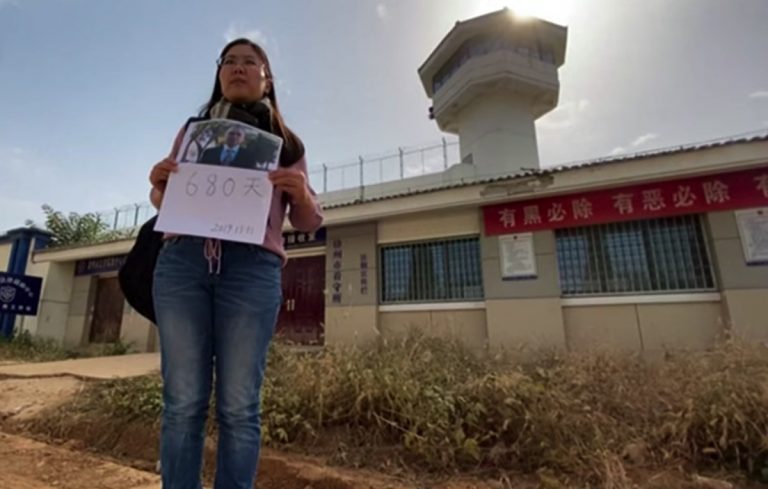 The family of Chinese human rights lawyer Yu Wensheng has learned that he has been secretly sentenced to four years jail for “inciting subversion of state power.”

The collective statement said that Yu, 53, was sentenced during a secret trial in May 2019. Along with his 4-year jail sentence, he is to be deprived of political rights for a further three years.

Yu had been held in detention since being arrested while he was taking his teenage son to school on January 19, 2018. Earlier, he had “published a post asking for the National Congress of the CCP [Chinese Communist Party] to remove Xi Jinping from office and for constitutional reform to improve the legal and political systems,” the statement said.

During his detention, Yu “was deprived of his right to meet with his family and with the defense lawyers appointed by him or his family,” the statement added.

One of the signatories of the statement, Lawyers for Lawyers, pointed out that what occurred to Yu was “contrary to Chinese procedural law.”

Watch this DW report from November 2019 on what Xu has endured while her husband is imprisoned. The report includes the experiences of other families.

In a separate statement, the human rights group Amnesty International said that neither Yu’s wife nor his lawyer knew about the trial.

Yu was also previously detained for 99 days in 2014 after voicing his support for pro-democracy protests in Hong Kong. He told Amnesty that he was tortured in detention.

“Not only was Yu prosecuted under baseless charges for the lawful and legitimate work he was conducting as a lawyer, his own lawyer was not even permitted to attend the sentencing hearing,” Bequelin said.

“While the Chinese government’s zero-tolerance policy towards critics is well-known, the secret sentencing of yet another human rights lawyer marks a new low for what is left of the rule of law in China.”

The European Union has also voiced its concerns over what has occurred to Yu and to others. “We call for the immediate release of Yu Wensheng, as well as other detained and convicted human rights lawyers and other human rights defenders including Huang Qi, Li Yuhan, Ge Jueping, Qin Yongmin, Gao Zhisheng, Ilham Tohti, Tashi Wangchuk, Wu Gan and Liu Feiyue,” said a European Union spokesperson.

In April, human rights lawyer Wang Quanzhang, who was arrested in the “709” crackdown in 2015, was released after almost five years in jail for “subverting state power.” Watch Wang reunite with his wife and son below: