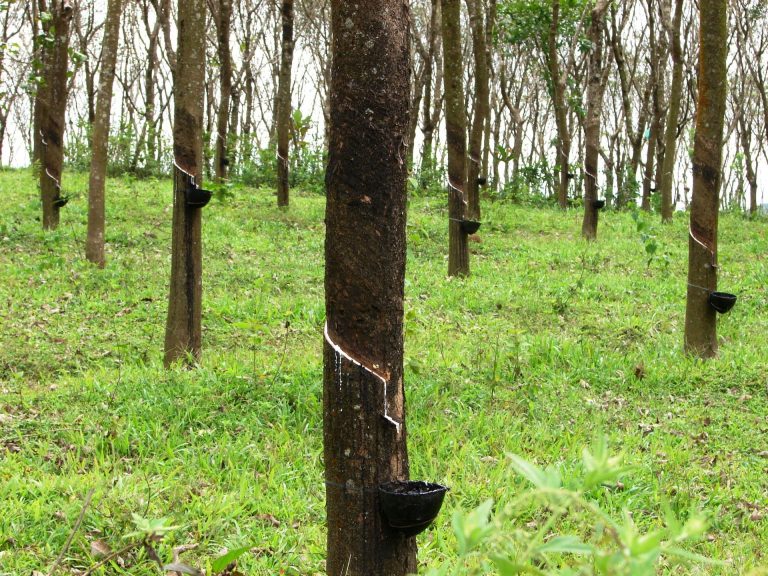 They proved their hypothesis that high plant diversity had a positive effect on both soil properties and soil fauna in a rubber plantation. (Image: M.arunprasad via Wikimedia Commons)

Plant diversity affects soil properties, which in turn, affects plant productivity. Soil quality (SQ) includes the assessment of soil properties and its processes related to the ability of soil to function effectively as a component of a healthy ecosystem. However, almost no studies have reported on the relationship between plant diversity and SQ under different seasons in the rubber plantations in Xishuangbanna.

In a study published in Ecological Indicators, researchers from Xishuangbanna Tropical Botanical Garden (XTBG) tried to analyze the response of soil properties as indicators of soil quality in different plant diversity and seasons. They proved their hypothesis that high plant diversity had a positive effect on both soil properties and soil fauna in the rubber plantation.

Plant diversity has an impact on soil fauna

The increase in plant diversity resulted in a positive effect on soil quality, and the highest values of SQI occurred in the dry season. Total organic carbon, total nitrogen, arthropod abundance, the mass of dry root, nematode abundance, and total sulfur were identified as key soil quality indicators, where total nitrogen and total organic carbon contributed the maximum to SQ. Prof. YANG Xiaodong, the principal investigator of the study, said:

“We thus suggest that management of natural understory vegetation would be beneficial for the maintenance of SQ in the rubber plantations of Xishuangbanna.”

Provided by: Zhang Nannan, Chinese Academy of Sciences [Note: Materials may be edited for content and length.]