The Rhythms of Africa: Tribal Dances 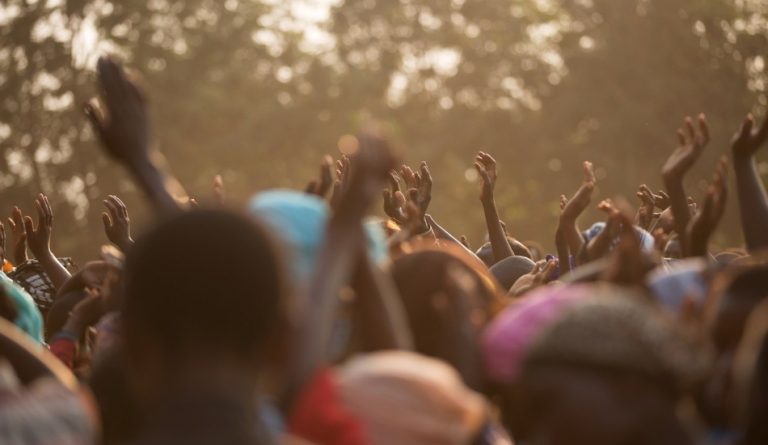 On the continent of Africa, it is believed that everything has a rhythm, and the exuberance of African culture is expressed through dance. (Image: via pixabay / CC0 1.0)

On the continent of Africa, it is believed that everything has a rhythm. The baby in the womb is feeling the rhythm of its mother’s steps as she walks. The woman stamping the corn to make porridge for the family is like a heartbeat. The sound of voices rising up together in praise of the ancestors follows a sacred pattern, and it’s what keeps communities together. Working the land is also rhythmic. This is African culture and its exuberance is expressed through dance and music. With loads of tribal lore and culture, there isn’t anything that the people of Africa love to do more than celebrate the beauty of life.

Here are some of the different African dances that will make you want to get up and move your body to life’s inspiring rhythms.

Zulu dance has deep historical roots and has been around since the days of the great King Shaka (1787). The Zulu people are natives of South Africa. They are the largest ethnic group and their home is in the mountainous region of KwaZulu Natal. In Zulu mythology, the Supreme Creator is UnKulunkulu (the greatest of the great). UnKulunkulu is believed to have brought forth people from an area of reeds. He is believed to be the creator of all beings and animals, and is regarded as the parent of the Zulus. The ancestral spirits live within UnKulunkulu and are always mediating between the living and the spirit world.

Indlamu is a powerful and spectacular Zulu warrior dance. To the rhythm of African drums, it is performed in full regalia. The men wear skins, head-rings, ceremonial belts, ankle rattles, shields, and weapons like knobkerries and spears. The steps are rhythmic and precise, with high kicks as the dancer lifts one foot over the head and brings it down sharply landing on the downbeat.

Usually, it’s performed in pairs, each shadowing the other’s move simultaneously. The dance is accompanied by foot stomps and whistles. It shows the physical strength of the warriors and the mastery of their weapons. Indlamu is performed by males of all ages and fully displays the spirit of the noble Zulu. It is performed on numerous occasions, especially when warriors prepare for war or during the harvest season.

There are over 50 tribes in Kenya. The Maasai are an indigenous African ethnic group who are semi-nomadic and located in Kenya and northern Tanzania. The Maasai have mostly retained their traditions, lifestyle, and lore. They live close to the earth, tending cattle and sheep. Their traditional robe is red and is called a Shuka, which they wrap around their tall, slender bodies. They wear bright bead threads with wires along with belts and anklets. The Maasai believe in one God, Ngai Narok, the supreme creator who is neither male nor female. Ngai is mostly benevolent and manifests in the form of different colors. Black for compassion, and red for wrath.

Adamu is affectionately referred to as the “jumping dance.” It’s an extraordinary dance, characterized by its energy. On the surface, it appears to be an extremely simple movement, and the Maasai make it look effortless. The Adamu carries a deep meaning. It’s kind of a mating dance. It is to demonstrate a young man’s warrior strength when he wants to attract a bride. Traditionally, the Adamu takes place during the Eunoto ceremony that marks the transition of young warriors. The circle that the warriors gather in for Adamu allows each warrior to demonstrate his power and skills.

When two men enter the circle, they begin to jump straight up in the air, as high as they can. When one has achieved the greatest height and begins to tire, then it’s the other man’s turn. The most graceful and highest jumper is regarded to be the most appealing warrior to the young ladies dressed in colorful attire watching the show. Then, the sound of melodious singing of warrior voices rises up to match the height of the leaps.

Mothers join in as they celebrate the strength of their sons. It’s an exquisite combination of song and dance. The singing feeds the dance, and the energy of the dance feeds the singing. The young women all sing and dance as well, as a form of flirting. They would indicate, through body language, whether they’re interested in anyone in particular. Eventually, after 10 days, this ceremonial song and dance will lead to the next important ceremony in Maasai tradition — marriage.