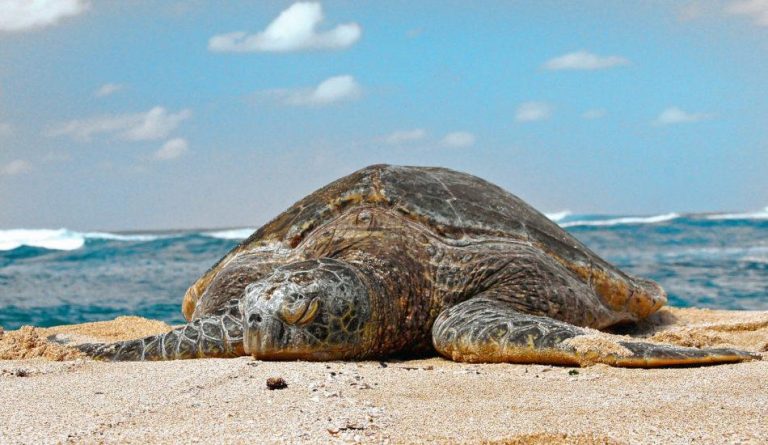 Green sea turtles come to the surface in order to lay eggs. They are considered a vulnerable species in Australia since people hunt them for their eggs and flesh. Some turtles also get caught in trawler nets or end up choking on plastic that they try to eat. The population survey was conducted as part of the 5-year, US$7.95 million Raine Island Recovery Project. The revelation that almost 64,000 turtles had come to the shores was a shock to the researchers.

Dr. Andrew Dunstan, from the Department of Environment and Science (DES), revealed that his team had been looking at new ways to conduct population surveys and ended up choosing drones. “We were underestimating that (population) a lot… We’re finding 1.73 times as many turtles with the drone… The team can now go back and adjust the historic population estimates,” he said to CNN, as reported by The Sydney Morning Herald.

For the survey, the researchers used GoPro cameras. The drones proved to be a safer and easier way to obtain numbers. The pictures were analyzed frame by frame in a laboratory that reduced all types of errors that were common in the previous observer count tactic. Anna Marsden, managing director of the Great Barrier Reef Foundation that collaborates on the project, stated that her organization is committed to protecting the green sea turtle population in the region. She congratulated the researchers for producing excellent results.

The green sea turtles can easily be distinguished from other types of turtles by the single pair of prefrontal scales they have in front of their eyes. Other sea turtles have two pairs. Adults reach a length of about 3 to 3.5 feet and weigh around 240 to 420 pounds. These creatures nest every 2 years and lay about 115 eggs every time. The eggs are incubated for a period of 60 days. In the U.S., green sea turtles are listed in the “Threatened” category as defined by the Federal Endangered Species Act. Internationally, these turtles are classified as an endangered species by the International Union for Conservation of Nature and Natural Resources.

Green sea turtles are so named for the greenish hue of their skin, not their shell or carapace. The shells are usually colored brown, black, gray, or dark olive, depending on the type of habitat the turtles are living in. Green sea turtles are one of the largest of their kind in the world. There are actually two species of green sea turtles. The Eastern Pacific variety is seen in the coastal waters from Chile to Alaska. The Atlantic variety can be seen off the coasts of North America and Europe.

When the turtles are young, they are omnivores and eat worms, insects, crustaceans, and so on. But when they grow to be adults, they become strict herbivores and subsist on a diet of algae and grass. In fact, green sea turtles are the only turtles in the world that solely survive as herbivores during their adult phase. These creatures can live for 80 to 100 years.