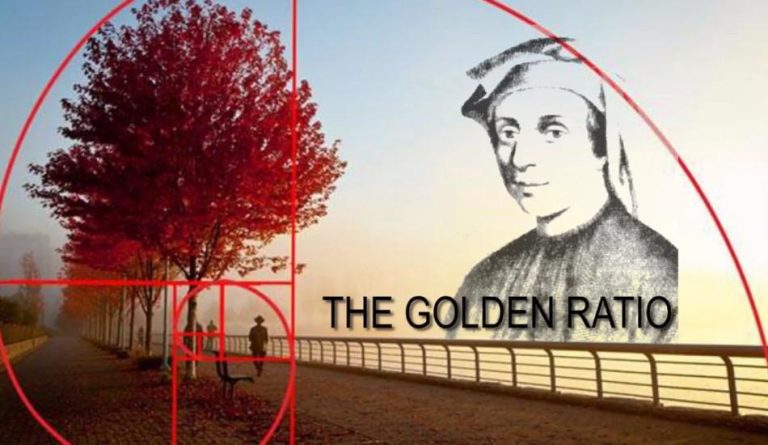 To understand the Golden Ratio, you first need to know about the Fibonacci Sequence. (Image: Screenshot via YouTube)

To understand the Golden Ratio, you first need to know about the Fibonacci Sequence. It goes like this: 1, 2, 3, 5, 8, 13, 21, 34, 55, 89, 144, 233… This is the Golden Ratio in a sequential numeric form — adding the last two numbers to arrive at the next number. Throughout the sequence, the ratio of 1:16 is maintained. And this is called the Golden Ratio. The number 1.618 is known as the Golden Number or phi. So you might be thinking, what’s so special about this specific ratio and number? Below are a few instances where you can find the Golden Ratio.

When you take the mean orbital distances of each planet in relation to the one before it, the average comes to approximate phi. Saturn features the Golden Number in several of its dimensions, including calculations done on the rings. Spiral galaxies fit within the Golden Ratio. For example, the Milky Way.

The spiraling pattern on a sunflower head carries the ratio, which makes the most efficient use of space. In fact, if you count the number of petals on a flower, you’ll discover that they always follow the Fibonacci Sequence. A lily has 3 petals, while buttercups have five, chicory carries 21 petals and the daisy has 34 petals.

You can find similar patterns on pinecones, pineapples, and cauliflower. Algae and root systems of plants follow the ratio. Seashells are designed in the spiral form of the Golden Ratio. Hurricanes and tornadoes spin in this golden sequence. Divide the number of female bees by males and you get this sequence. Waves can be measured as well using this ratio.

When you calculate the distance from the shoulder to the elbow and from the elbow to the tips of the finger, it is 1:1.6. You find the ratio again in the distance between the knuckles on each finger. Phi shows up in the spiral shape of the ears and in the pattern of our heartbeats.

Fibonacci sequence-based trading in the stock market is constantly done by day traders and technical analysts. Some of the best-looking vehicles are made in this ratio. Michelangelo and Leonardo Da Vinci followed this ratio in composing their art. According to many, this is why their works are revered. Noah’s Ark and the Ark of the Covenant were designed based on the golden sequence.

Some people claim that this proportion is merely a coincidence. But the fact that so many things — from the structure of the Milky Way down to a person’s mouth — show up in precise alignment with the ratio has perplexed scientists. For some, the answer is simple: It was planned by Heaven to give us a hint that creation was not just a random event, but designed by a higher power. That is why the ratio is also called the Divine Proportion.

When you go out next time, look for the Golden Ratio in things around you, and you will realize that there are no coincidences.