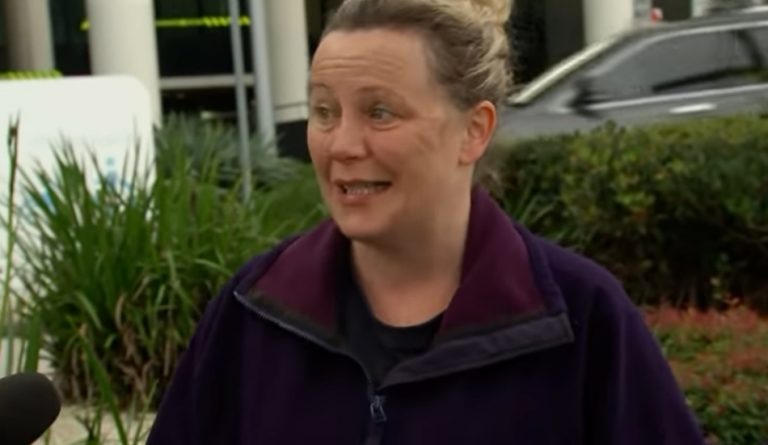 William's mother thanked the police and volunteers for their help in finding William. (Image: nspirement)

William Callaghan is a 14-year-old boy from Australia who has been diagnosed with non-verbal autism, a condition that disables a person from speaking. Recently, the boy disappeared into the mountains during a family hike. Fortunately, William was found two days later on a mountain.

When the family initially discovered that William was missing, they frantically searched the area where they were hiking. Authorities soon arrived and began canvassing the region. Since he was autistic, his family was afraid that William would not be able to find food and water to survive in the freezing conditions. The fact that the region was covered with dense scrub and that William suffered from non-verbal autism meant that the search was not going to be easy.

“At my darkest moment, I feared that I’d never see him again… I actually left the campground and disappeared into the bush myself for a couple of minutes. And I let out some really, really agonizing primal screams and I didn’t want to have that in front of the media or the people up there or, because you know the people up there needed to see us strong and believing that we’d find him,” Nathan Ezard, William’s stepfather, said to 9Now.

It was a local bushwalker named Ben Gibbs who eventually came across William about two days after he went missing. Ben found William on a mountain about 80 kilometers (50 miles) north of Melbourne. To calm the child, Ben gave him a chocolate and talked about Thomas the Tank Engine, his favorite TV show.

Temperatures in the region hovered around 32°F for the two nights and State Emergency Services (SES) officer Jarrod Bell called William’s survival a miracle. No one was able to ascertain how an autistic boy was able to survive for two days in the mountainside without physical injuries or exhaustion. Inspector Christine Lalor from the Victoria Police told reporters that informing William’s family about his rescue was the highlight of her career.

After his rescue, William was sent to a hospital where he was monitored and soon recovered his health. He was so hungry that he gladly ate everything offered and even asked for food from McDonald’s. Penny Callaghan, William’s mother, thanked the police officers and the volunteer rescuers for their effort.

An autism advocacy group praised the authorities for the methods they had employed in their search for William. Officials had asked local people to lay out peanut butter, feta cheese, and other condiments in order to attract the boy’s attention. They played the theme song from Thomas the Tank Engine. Even though William didn’t actually respond to these tactics, the fact that Ben was able to use the song to connect with William shows how important it is to know the likes and dislikes of a missing person, especially someone who suffers from autism.