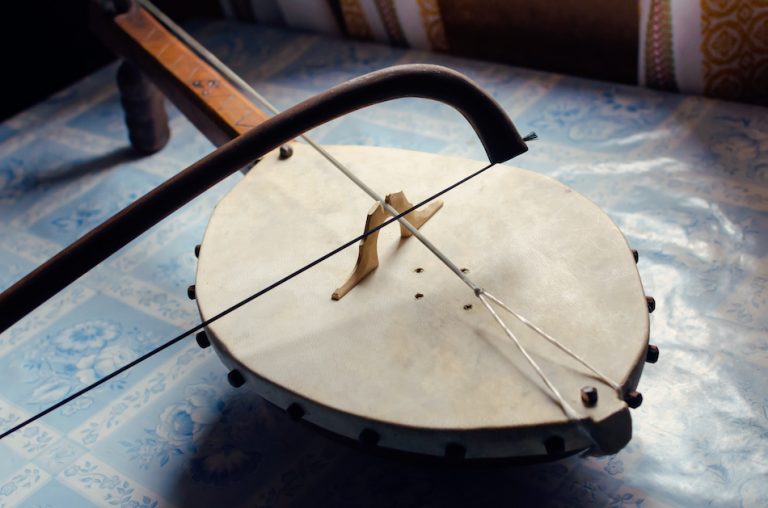 Serbian music has influences from the East and West.(Image via Dreamstime.com © Vladimir Stanišić)

Traditional Serbian folk music has several influences from both the East and the West. Among them, Turkish and Balkan music forms have exerted the strongest influence. In the past two centuries, the influence of Western music picked up. An old Serbian proverb states that “He who sings thinks no evil,” describing perfectly how the people of the region see music.

One of the popular folk music styles is called Dodolas, which is usually accompanied by dance. “It is a pagan tradition which is found in Balkan. It is performed during the dry period if there is not enough rain. A girl or a group of girls who are decorated with leaves and flowers, sing and dance through the streets of the village, stop at every house. The hosts sprinkle water on them. They may go from one village to another and pray for the rain by singing and dancing,” according to Folk Cloud.

Serbian Epic Poetry is a form of poetry that provides an embellished description of historical events, people, and mythology. These epic poems are sung together with the accompaniment of a stringed instrument called a Gusle. Such poems were extremely popular during the middle ages. During the Ottoman conquest of Serbia, Turkish influence became stronger.

Serbian folk music is categorized into two groups — urban (starogradska muzika) and rural (izvorna muzika). When these songs are sung, they are accompanied by a dance called the kolo, a circle dance form in which the dancers do not perform any movement above their waist. In the 70s, Serbian folk music started absorbing elements from Asian music, creating a third category called novokomponovana muzika (newly composed music).

In the 19th century, Serbians started practicing European classical music, which went on to enrich the musical culture of the land. Stevan Mokranjac (1856 to 1914) is believed to be the most important musician of modern Serbian music. In fact, he is called the ‘Father of Serbian Music’ and created the chants that many Serbian composers use as the basis of modern church singing.

The gusle is a stringed instrument that has a skin belly and round wooden back. Musicians play the instrument in a vertical position with a curved bow. There are no fingerboards in the instrument. To stop the vibration of the string, the player has to apply some sideways pressure.

A shargia is a plucked string instrument that can have anywhere from 4 to 12 strings. The instrument’s name comes from the Turkish term “sarki,” which means “The East.” Players usually use the highest string to play the tune and the remaining strings for the accompaniment. The Zurla is a wooden instrument that is shaped like a cylinder but widens at the end. Since the sound from a zurla tends to be loud, the instrument is usually only played outdoors.

A frula is a flute made of wood. It is played vertically and has six holes. The instrument used to be played by shepherds when they were tending to the animals. A variation of the instrument is the double frula, which has two pipes parallel to each other, with each of them having a mouthpiece. The instrument gaida makes use of reeds to build up the air in a bag. The player then produces music through the eight holes in the gaidunitsa, which is the pipe of the instrument.