A Brief on the India-China Border Clash 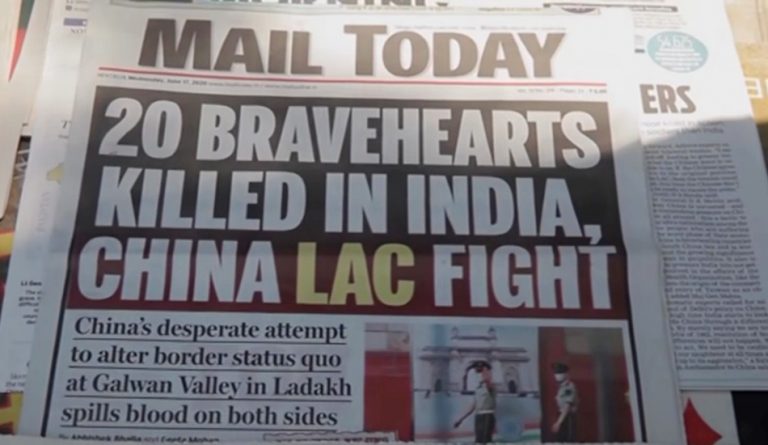 The violent clash at the Indo-China border has made for some of the hottest international news in the past few days. (Image: Screenshot / YouTube)

The recent violent India-China border clash has made for some of the hottest international news in the past few days. Both nations are upcoming economic, military, and nuclear superpowers. As such, there is great interest in knowing what exactly happened between the two nations. The clash took place in eastern Ladakh (a border Indian state) where both countries have stationed forces on their own side of the border.

India and China are separated by a 2,520-mile-long Line of Actual Control (LAC) that has several disputed regions. The dispute arises from the fact that Beijing has colonized Tibet and has refused to acknowledge the India-Tibet border treaty that was signed between the two countries before 1947. Since China claims Tibet to be its own, it argues that the agreement is not valid.

The current violent India-China border clash took place at Patrolling Point 14 in the Galwan region of eastern Ladakh, located 15,000 feet up in the Himalayas. One of the triggers of the clash was the fact that India was building a nearly half-mile-long bridge over the Galwan River. Though the Chinese side complained about the bridge, the Indian troops went ahead with the construction since the bridge was located on their side of the territory. The reason China is unhappy with the bridge is that it would boost India’s power in the region as it could move infantry units across the river to strategic areas.

The Chinese officers are said to have launched the attack on Indian troops using nail-studded rods, indicating that this was a premeditated attack by Beijing. Several Indian soldiers were mutilated. In retaliation, the Indian troops started a violent attack against some of the Chinese soldiers, smashing some of their faces with rocks. The bodies of Chinese soldiers were left scattered around the ridge and nearby gorge. The India-China border clash went on for a few hours before it was stopped by mutual agreement. Top officials de-escalated the situation to some extent. However, tensions remain and both sides have boosted their forces near the border.

About 20 soldiers from the Indian side were killed. The Chinese refused to disclose their losses. According to various sources, around 35 or more Chinese soldiers were killed. Meanwhile, India completed the construction of the bridge. An Indian official stated that they will continue with the construction projects alongside the border despite Chinese attempts to stop such activities.

China has a stronger military overall compared to India. But a study by the Belfer Center for Science and International Affairs at the Harvard Kennedy School points out that India has an advantage when it comes to high-altitude conflicts. In the region near to the Chinese border, India has about 270 fighters and 68 ground attack aircraft stationed to take on Chinese forces. In contrast, China only has 157 aircraft and a smaller number of ground attack drones.

In addition, Chinese bases in the region are located in areas plagued by several geographical issues. “India has key under-appreciated conventional advantages that reduce its vulnerability to Chinese threats and attacks. India appears to have cause for greater confidence in its military position against China than is typically acknowledged in Indian debates, providing the country an opportunity for leadership in international efforts toward nuclear transparency and restraint,” the study states.

India owns a fleet of SU-30 and Mirage 2000 jets that are proven to be all-weather, multi-role aircraft suitable for any conflict in the region. The Chinese have J-10 jets that match these capabilities.