What Would Happen if Korea United Into One Country? 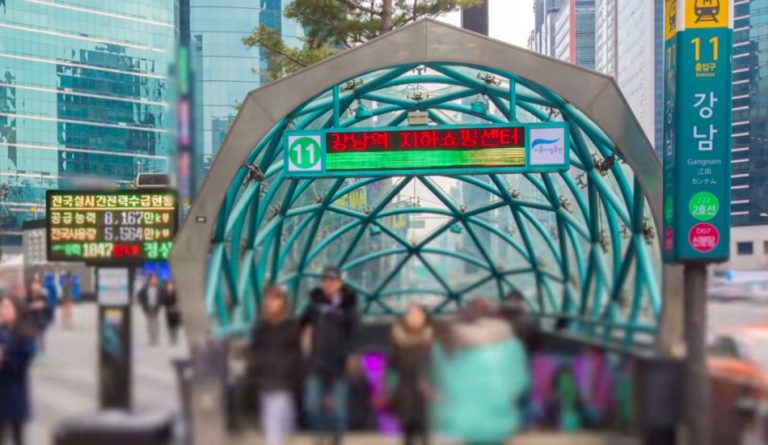 What would happen if North and South Korea decided to unite to form a unified Korea? (Image: Screenshot via YouTube)

A relationship with all the bitterness (and no tenderness) of a lover’s quarrel — what would happen if North and South Korea decided to unite to form a unified Korea? Some analysts have pointed to a “glorious” future where Korea would have the world’s largest army, and an economy that bests Japan.

If the huge natural resources and cheap labor in the north were combined with the capital and industry in the south, there would be nothing short of spectacular progress and prosperity. But that’d be too simple of an analysis filled with wishful thinking.

What would really happen if Korea united?

South Korea, with a population of 50 million, has twice the number of people as North Korea. South Korea is the 12th largest economy in the world, while the North comes in 115th. There’s absolutely no comparison here. North Korean men have to serve in the army for a minimum of 10 years. Along with most other “employees” in the country, they receive handouts from the government. How are they expected to survive the competitive, capitalist, cut-throat market economy of the south?

There was a violent civil war between the south and the north, with the border between them being the most heavily guarded in the world. The war never officially ended, with millions across the line still pointing guns toward each other.

When North Koreans defect to the South, they’re at a loss for what to do in an ultra-competitive economy after living their whole lives in a welfare-based low-productive communist one where a hard day’s work often means slave labor in an internment camp.

Having endured a life filled with restrictions and prohibitions ever since birth, North Koreans have never faced the abundance and range of possibilities that are available in South Korea. And it’s not like they have to deal with a strange, different race of people. These are their own countrymen who have managed to achieve this, and that just makes the division more prominent.

It would take some time to get over the shock, and whether or not they will ever adapt remains to be seen. You must understand — the defectors were fleeing the communists. When unification comes, it’s no longer about defectors, rather, these are ordinary citizens. Would they have the same impetus to integrate into modern Korean society or would they just remain outsiders in their own country? Native Americans living on reservations come to mind here.

When a flood of North Koreans enter the South, the country will need to foot the bill for welfare, education, training, and integration into normal society. This is going to be an enormous strain on the economy, with some estimates coming to a trillion dollars over a 10-year period. How long will the prosperous southerners continue suffering for the sake of their northern counterparts? That is why most young people in South Korea do not want reunification, in contrast to earlier generations.

When have you heard of a family giving up all of their power and wealth for the good of society? Never. What if your family were treated like gods, controlled the entire army and navy, possessed more than 4,000 tanks and 70 submarines, and had leverage over the most powerful nations of the world with control over a large stockpile of nuclear weapons? Add to that, the fact that most members of the family were megalomaniacs.

Would the Kims sell off these assets (nuclear) before the reunification? Would their nuclear scientists retain their positions with a unified Korea or go looking for employment in a rogue nation? And we forget about China, the puppet master of the Kim regime. Would they allow this reconciliation, which is not in their interests?

If a United Korea retained democracy, their alliance would be toward free nations like the U.S. It is unlikely communist China will take kindly to that. They might even invade the North to prevent such a scenario from happening.

They could start with a Hong Kong-like solution with a gradual assimilation plan, although looking at the situation in Hong Kong, that didn’t work out so well. After all the years of singing praises of the Communist Party and the Kim family, the nation needs time to adjust back to normalcy.

If ever the North decides to renounce autocracy, there is no other country than South Korea, their brethren, who will be able to help them out of this mess.