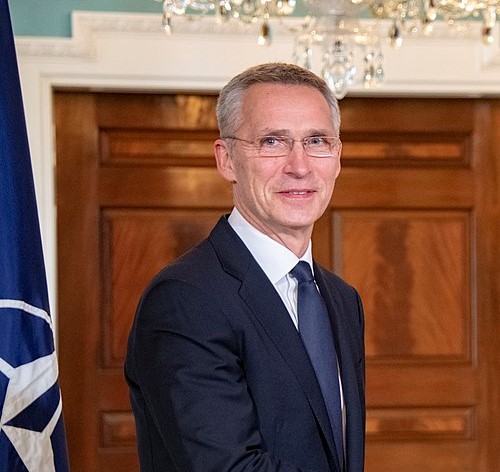 Jens Stoltenberg, the Secretary-General of NATO, recently warned that China’s increasing influence was triggering a fundamental shift in global power that cannot be overlooked. He wants the NATO alliance to be involved deeply in global political affairs, as well as aid nations in the Asia-Pacific region to counter China’s dominance.

Stoltenberg stated that NATO should get over the”‘Europe and North America-centric” thinking that has been the traditional thought process shaping the organization’s agendas till now. Instead, the Secretary-General wants NATO to take a global approach to security issues.

“As we look to 2030, we need to work even more closely with like-minded countries, like Australia, Japan, New Zealand, and [South] Korea, to defend the global rules and institutions that have kept us safe for decades, to set norms and standards in space and cyberspace, on new technologies and global arms control, and ultimately to stand up for a world built on freedom and democracy, not on bullying and coercion,” he said, as reported by Defense News.

Stoltenberg asked NATO members to resist the temptation of solely thinking about national solutions and stressed the importance of remaining united in its decisions. He pointed out that China has the second-biggest defense budget in the world after the U.S. and was investing in developing long-range missiles that can load a nuclear warhead and hit Europe. Stoltenberg hoped that NATO allies would join up to meet this military threat posed by the communist regime. He is disturbed by the fact that China is investing heavily in Europe’s cyberspace and infrastructure sectors while also expanding its influence in the Mediterranean, African, and even the Arctic.

NATO’s Secretary-General is worried about the Chinese military’s increasing dominance in the South China Sea where there have been instances of PLA-linked vessels hindering ships from traversing international waters. Stoltenberg asked Beijing to respect international rules on shipping. However, he dismissed any need for sending NATO ships to the region. Stoltenberg believes that the COVID-19 outbreak has magnified tensions between nations and that the West is increasingly realizing that being dependent on China for technology and products is not such a good idea.

Meanwhile, the CCP coronavirus outbreak has forced NATO to cancel a big portion of the U.S.-army-led Defender-Europe 20 exercise. This was supposed to demonstrate NATO’s improved abilities when it came to moving equipment and people within Europe. The exercise is currently being conducted in a smaller form. NATO has also announced that it will be stockpiling medical equipment to prepare for a possible second wave of the COVID-19 pandemic. A multi-million euro fund will be created to procure the necessary supplies so that they can be sent to any part of Europe when required.

Withdrawing US troops could impact NATO

U.S. President Donald Trump has indicated that he would withdraw around 10,000 American soldiers stationed in Germany. At present, there are 35,000 U.S. soldiers in the European country, which will be reduced to 25,000 once Trump’s decision is implemented. He has been unhappy that Germany was unable to reach the 2 percent spending threshold that was agreed in 2014 by various NATO members.

Trump found it nonsensical that America was protecting Germany at a great expense to its taxpayers. Trump’s decision has unsettled NATO, which has been betting on American military presence to counter the threat of Russia. About two dozen Republican lawmakers have written to Trump asking him to reconsider the decision since it might end up damaging U.S. national security.