The Complicated Science of Parallel Universes 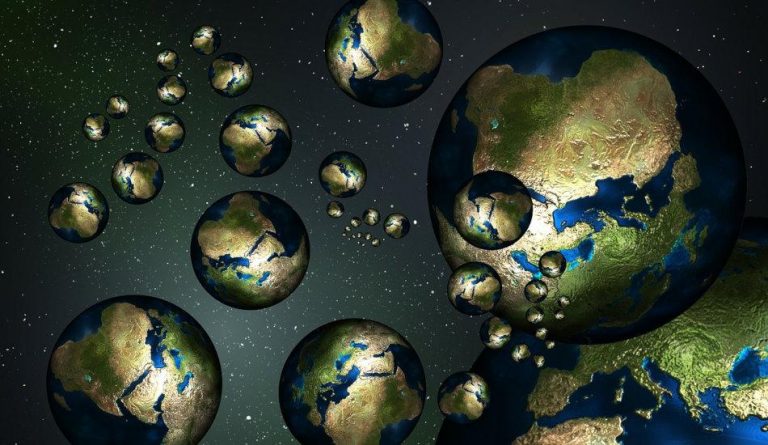 If thre are multiple worlds out there almost identical to our own, how did they come into being? (Image: via pixabay / CC0 1.0)

When physicists talk about the universe, they don’t really mean the entire universe. They’re referring to the observable universe. And that’s not much. It’s just the part we’ve so far been able to see. When physicists talk about the multiverse or parallel universes, they are referring to distinct hypothesized models for the universe. These are all proposed theories, not facts confirmed through deduction. Let’s take a look at some theories on what constitutes parallel universes.

There are other distant parts of the universe we will never be able to observe because they’re very far away from us. These universes could also be inside black holes. All the universes, according to this theory, have their own physical laws and exist as separate entities.

There is a lot that modern physicists do not understand about quantum mechanics. Using quantum mechanics, they’ve theorized that every time-space is real, and that they branch out in every possible way. That is, everything you could ever imagine is happening, but we wouldn’t know it because we are stuck in one reality, unable to access other realities.

The observable universe contains approximately 1,090 particles with photons and neutrinos clumped together to form 2 trillion galaxies. Each galaxy comes with another trillion stars inside, which extends outside for 46 billion light-years. According to the Big Bang theory, the universe is constantly expanding, and this should make it possible for us to observe more galaxies as time goes by.

The argument against parallel universes

Astrophysicist Ethan Siegal believes there are limitations on the concept that space-time goes on forever. According to science, our universe is 14 billion years old. So the age is not infinite, which brings down the number of possibilities where the particles could rearrange themselves.

According to Mr. Siegal’s theory, the particle expansion that happened after the Big Bang has considerably slowed down, unlike in the beginning, when the expansion was happening at an exponential rate. This means the multiverses scattered across the universe could have distinct inflation rates, and so the possibility that another you living a similar life like your own could be almost impossible.

“Even setting aside issues that there may be an infinite number of possible values for fundamental constants, particles, and interactions, and even setting aside interpretation issues such as whether the many-worlds-interpretation actually describes our physical reality,” Siegal said in a Medium post. “The fact of the matter is that the number of possible outcomes rises so quickly — so much faster than merely exponentially — that unless inflation has been occurring for a truly infinite amount of time, there are no parallel universes identical to this one.”

Mr. Siegal says this in an optimistic fashion and asks his readers to live their lives because they are unique, and to treasure that fact.