The Tide Is Turning Against Huawei, Pompeo Says 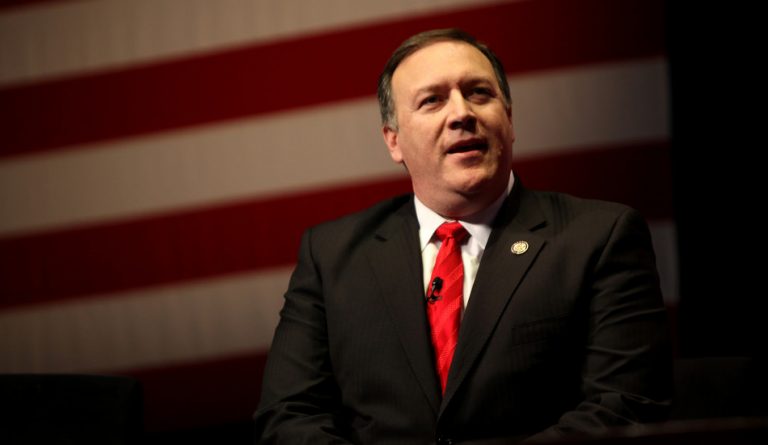 Due to security concerns, Pompeo has long fought a campaign against Huawei, which was recently named by the Trump administration as being one of 20 companies owned or controlled by the Chinese military operating in the U.S., according to a Reuters report published on June 25.

A day before that report, Pompeo issued a statement highlighting how countries are now favoring “trusted vendors” to manage their digital infrastructure while rejecting Huawei.

Countries are turning to other vendors besides Huawei

“The tide is turning against Huawei as citizens around the world are waking up to the danger of the Chinese Communist Party’s surveillance state,” Pompeo said.

“Huawei’s deals with telecommunications operators around the world are evaporating, because countries are only allowing trusted vendors in their 5G networks,” he said.

The U.S. Secretary of State gave examples of nations doing such, including the Czech Republic, Poland, Sweden, Estonia, Romania, Denmark, and Latvia.

“Recently, Greece agreed to use Ericsson rather than Huawei to develop its 5G infrastructure,” he added.

“Some of the largest telecom companies around the globe are also becoming ‘clean telcos,’” he said, giving examples of Orange in France, Jio in India, SK and KT in South Korea, NTT in Japan, and O2 in the United Kingdom.

He also added Telstra in Australia to this list in what was the same week that the country’s leader, Scott Morrison, said Australian organizations had been hit by a “sophisticated state-based cyber actor,” later confirmed by government sources to be China, reported the ABC.

In his statement, Pompeo also singled out Canada — a member of The Five Eyes intelligence alliance — for recently securing its digital security at a time of growing tensions between Ottawa and Beijing.

“A few weeks ago, the big three telecommunications companies in Canada decided to partner with Ericsson, Nokia, and Samsung, because public opinion was overwhelmingly against allowing Huawei to build Canada’s 5G networks,” Pompeo said in his statement also in the same week as Canadian Prime Minister Justin Trudeau declined to release a Chinese Huawei executive in exchange for two high-profile Canadians under arrest in Beijing.

Pompeo also highlighted steps taken by Spanish multinational telecommunications company Telefónica and quoted its chairman José María Álvarez-Pallete López, who said: “Telefónica is proud to be a 5G Clean Path company. Telefónica Spain and O2 (UK) are fully clean networks, and Telefónica Deutschland (Germany) and Vivo (Brazil) will be in the near future without equipment from any untrusted vendors.”

Unlike many of his predecessors, Pompeo has not been shy in calling out China’s ruling communist regime across a broad range of issues, with an example being a tweet sent out on the same day as his Huawei statement that read: “The Chinese Communist Party is behaving in ways that fundamentally put the American people’s security at risk. The [Trump] Administration is the first in decades to take this threat seriously.”

Watch a China Uncensored episode from February 2019 about Huawei here