Virus From China Infects Shrimp and Crayfish Farms in Taiwan 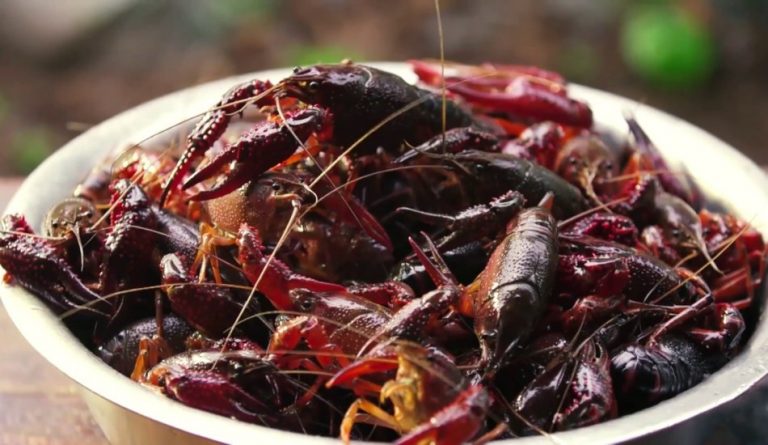 While the world is trying its best to keep the CCP coronavirus spread in check, another virus from China is creating problems for Taiwan. Decapod Iridescent Virus 1 (DIV1) has apparently affected a number of shrimp and crayfish hatcheries across the island nation. As a result, thousands of these creatures have been culled following the direction of Taiwan’s Council Of Agriculture (COA).

The new virus from China

DIV1 was first detected in 2014 in China. Its origins remain unknown. In February this year, the virus reemerged in China’s Guangdong Province. Huang Chin-cheng, COA Deputy Minister, states that “the virus causes high mortality in Pacific white shrimp (Litopenaeus vannamei), giant tiger prawn (Penaeus monodon), and giant river prawn (Macrobrachium rosenbergii). Although crayfish can also be infected, they do not show symptoms of the disease, which include softer shells, the appearance of a white triangular area on a shrimp’s head, and sinking to the bottom when nearing death,” according to Focus Taiwan.

The COA had already begun inspecting crayfish and shrimp farms located in Taiwan back in April. There are 30 crayfish farms in the country, of which 11 were found to be infected. The infected farms were located in New Taipei, Kaohsiung City, Hsinchu County, Yilan County, and Yunlin County. All of them have been disinfected. About 2,660 pounds of crayfish and more than 200,000 larval shrimp from Hsinchu County were destroyed. In Yilan, about 2,145 pounds of shrimp were culled.

The shrimp farmers have been promised compensation for the losses they have suffered. The agency is planning on providing proper training to the farmers on how to stop such viral outbreaks from happening again. The customs department has been instructed to check all imported prawns and shrimp for DIV1. After China, Taiwan is the second country to officially confirm DIV1 cases. There have been reports of DIV1 in nations like Indonesia, Thailand, and Vietnam, though their governments have yet to officially confirm them.

The Bureau of Animal and Plant Health Inspection and Quarantine pointed out that there is no risk of animal-to-human transmission of DIV1. The agency theorized that the ponds in which the infected shrimp were growing might have been infected by migratory birds. It warned that DIV1 currently has no known cure, meaning that if a pond is infected, all the creatures growing in it will have to be killed.

Taiwan’s shrimp, crayfish, and prawn industries are estimated to gross more than US$134.9 million annually. The Fisheries Institute and the Animal Health Research Institute will help farmers in rehabilitating their ponds. Experts believe that the ponds might have to be drained for a period of up to six months before a new batch of prawns, shrimp, or crayfish can be raised.

Taiwan is doing pretty well compared to other advanced economies when it comes to managing the COVID-19 outbreak. According to Chen Shih-chung, the country’s Minister of Health and Welfare, Taiwan has not seen even a single case of local contamination for more than 60 days. A few of the COVID-19 infections that have been detected are from people who came from outside the country.

Taiwan has reported just 445 cases of infections, with only 7 people dead. Meanwhile, the government has announced that it will ease restrictions on travel, allowing business travelers from low-risk countries. They will be tested and quarantined before being allowed to travel the island. The country’s borders have been shut down since mid-March.