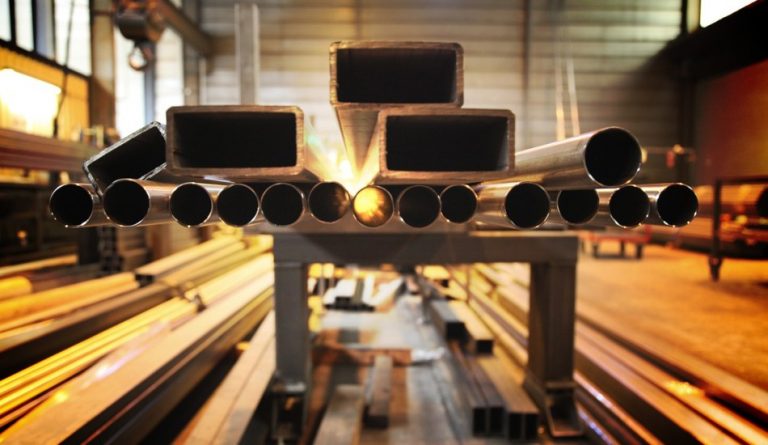 Canadian company Atlas Tube lost out to a Chinese firm on a contract to supply steel screw-in pilings for a solar project in Alberta. (Image: via pixabay / CC0 1.0)

Barry Zekelman is the owner of a steel manufacturing company in Canada called Atlas Tube. The company submitted a bid for the Claresholm solar project and was looking forward to winning the contract. However, Zekelman was shocked when he found that his company had lost the bid to a Chinese firm that quoted a much lower price.

The contract was for supplying screw piles, steel tubing that is used to secure solar panels to the ground. After spending a year assembling a bid for the project, Atlas Tube quoted a price of about US$15 million. He was soon informed by the project handlers that the price was too high and that the contract would be given to a Chinese company that had quoted US$12.5 million, about 20 percent less than Atlas Tube’s quote.

Zekelman was furious. His country is in the midst of a pandemic, the economy is suffering, jobs are declining, and people’s morale is getting lower. Instead of supporting a Canadian company, the project got awarded to a foreign firm. He feels that the government should put strict rules in place to ensure that companies operating in Canada do not end up closing down due to cheaper imports. Zekelman wants government legislation on the matter.

George Rabideau, the company’s Canadian sales manager, was extremely frustrated at losing the contract. “We did an in-depth analysis of our costs and couldn’t really figure out how to get it down… We submitted the best bid we could on steel costs, freight, and fabrication cost… To lose out on that work for our employees is really disheartening… Even if we didn’t get the work and it stayed in Canada, that’s a win for our economy… It would be nice if more than price was a determining factor and people thought about keeping these jobs in Canada,” he said to Windsor Star.

Brian Masse, an MP, states that the government is currently so preoccupied with managing the COVID-19 pandemic that issues like Atlas Tube losing out to a foreign firm are slipping past government attention. He believes that the best way to counter low-labor cost nations like China is by creating a Green Energy strategy that emphasizes Canadian production.

The Canada Border Services Agency recently stated that it has initiated an investigation into the dumping of steel imports from five countries. However, China was not mentioned in the list. This is surprising since China is one of the biggest sources of steel imports after the U.S. and may be involved in dumping tactics. The countries under investigation include Turkey, Germany, Taiwan, Malaysia, and South Korea. If the investigation concludes that imports from these nations harmed local producers, Canada will slap anti-dumping duties on these nations for a period of 5 years.

During the 2008-2009 Financial Crisis, the Chinese kept on raising output even as other producers scaled back. The long-term aim of China’s steel companies, many of which are owned by the state, seems to be to take advantage of a crisis to increase their market share. For instance, China’s boost in steel output during the Financial Crisis helped the country increase its global share of steel production from 38 percent in 2008 to 46.6 percent in 2009. In April 2020, China produced 63 percent of global steel.