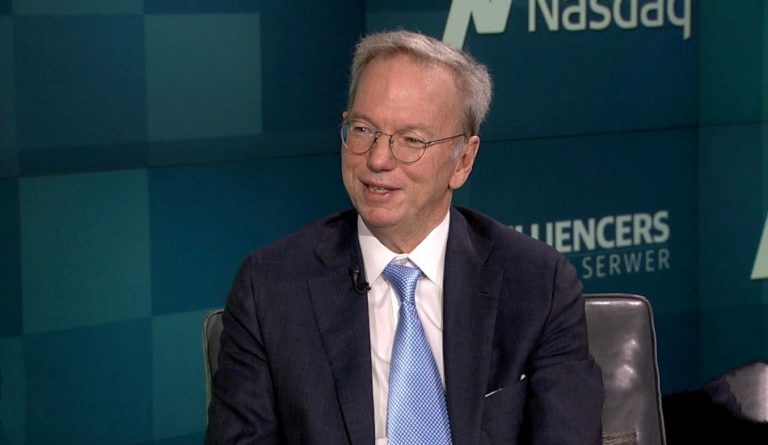 Eric Schmidt, former CEO of Google, accused Huawei of being a national risk due to its practice of routing network information to Beijing. (Image: Screenshot / YouTube)

Eric Schmidt, the former CEO of Google, accused the Chinese company Huawei of being a national risk due to its practice of routing network information to Beijing. Though Schmidt isn’t sure how exactly the process is carried out, he is confident that it indeed does happen and that the company is a major security risk to the world.

According to Schmidt, Huawei is a huge challenge to the U.S. government. The Chinese company is essentially developing a better product than its global competitors. As such, if Huawei were to succeed in dominating the 5G market, it would naturally extend the influence of the Chinese communist regime to every part of the world. Hence, it is essential that Huawei’s growth be thwarted. Schmidt wants America to compete and create a better product than what Huawei offers to the market. He also warns against underestimating China’s capability for innovation.

Schmidt points out that the Chinese are throwing money into tech in a different way than the West through state-directed investments. However, he does not believe that this is a better option than the free-market model. He wants the U.S. administration to thoroughly prepare the country to take on the Chinese tech threat. This can be done by ensuring a more comprehensive collaboration between the state, the private sector, and academia, while also making sure that the U.S. maintains its ability to hire the best talent from around the world. He finds the fact that most people would prefer to live and work in the democratic West rather than communist China a big plus.

Huawei has hit back at Schmidt’s statement, accusing him of working with the U.S. government and spreading false assertions backed by no evidence. At present, Schmidt works as the chair of the Pentagon’s Defense Innovation Board. However, just working for the American government does not disqualify Schmidt’s claims against Huawei. The Chinese government has a regulation that mandates companies hand over data to the state when so requested. Even a company as famous as Huawei cannot circumvent this rule. As such, Huawei’s claim that it does not hand over data to Beijing has no basis in reality.

Huawei is also facing trouble in India, one of the largest telecom markets in the world. The government of India will apparently block state-run telecoms and private players from using any telecom equipment from Chinese firms, including from Huawei and ZTE. The decision comes after Indian and Chinese forces had a bloody conflict at the border that left numerous soldiers from both sides dead. The Chinese army tried to block an Indian infrastructure project and attacked Indian troops. Furious Indian citizens have been asking the government to block any business or investments tied to China.

The current annual market of Indian telecom equipment is around US$1.58 billion, with Chinese companies accounting for about a fourth of the market. One of India’s leading telecom operators, Jio, is said to be preparing to test a completely indigenous 5G network system. Jio heralded an Internet revolution in the country a few years back by introducing one of the cheapest 4G Internet plans in the world. Owned by billionaire Mukesh Ambani, Jio is looking to replicate its success in 5G as well. If all goes well, the company might also challenge Huawei in international markets.