Extraditing Hongkongers to the Chinese Mainland 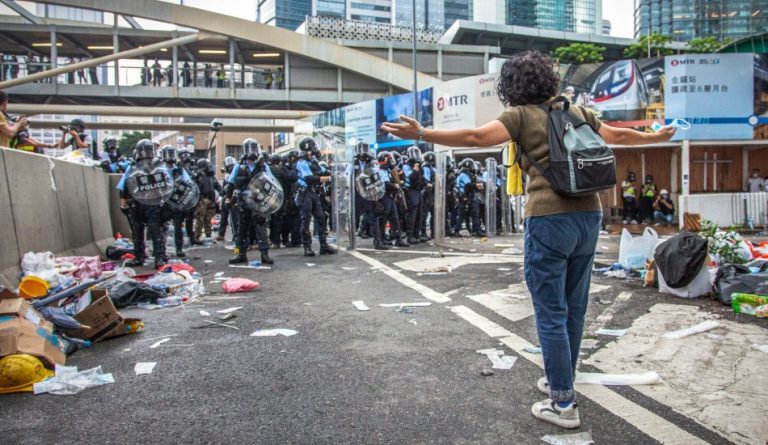 Beijing wants to use the national security law to target Hongkongers who are involved in promoting democracy, freedom of speech, and so on. (Image: Studio Incendo via flickr CC BY 2.0 )

In May, the Chinese government passed the proposal to implement a national security law in Hong Kong. Beijing wants to target people who are involved in activities like promoting democracy, freedom of speech, and so on with charges of secession, terrorism, subversion, etc. And now, it seems as if Beijing will even be able to get Hongkongers extradited to the mainland.

A senior official from China recently stated that Beijing will have the power of jurisdiction over some of the offenses conducted in Hong Kong that “seriously endanger national security.” This right will be exercised in “very few cases” and in “very special circumstances.” The head of China’s Hong Kong and Macau Affairs office has also publicly stated that the national security law will have full authority over Hong Kong, meaning that no laws of the city will be able to challenge it.

The official initially claimed that the new law will give the communist regime judicial and enforcement powers in Hong Kong. However, when the official statement of his speech was released, the words related to judicial power were absent. Tam Yiu-chung, Hong Kong’s only delegate to China’s top legislative body, revealed what the national security law means for Hong Kongers — if the Chinese communist government deems it necessary, Hongkongers could be extradited to the mainland, especially in cases that involve foreign interference.

Michael Davis, a Global Fellow at the Woodrow Wilson International Centre, pointed out that the statements of officials were a matter of grave concern. “Putting Hong Kong cases involving alleged national security violations in mainland courts would be a disaster… You would presumably not know if your advocacy was such a ‘rare case’ until you were hauled across the border to stand trial. This sort of idea undermines the rule of law,” he said to The Guardian.

At present, Hong Kong’s courts have the power to contest unconstitutional laws. In contrast, courts in the mainland do not have these powers. And in the mainland, the legal system also allows authorities to detain individuals for up to 6 months prior to any trial, with the detained person cut off from his loved ones and lawyers. If the national security law becomes active, Hongkongers arrested under the law might also be subject to such horrid situations.

Amnesty International has termed the national security law a “devastating assault on human rights” and has asked Beijing not to implement it. The organization warned that mainland security agencies would set up branches in Hong Kong and target NGOs and activists for arbitrary detention and torture. The G7 nations have also called for scrapping the law and asked Beijing to reconsider its decision. U.S. Secretary of State Mike Pompeo remarked that the way America treats Hong Kong in the future will depend on whether the city remains an autonomous one or just another Chinese city under the control of the communist regime.

In early June, the Hong Kong government passed a controversial bill that makes any act that defames the Chinese national anthem a crime. People who insult the anthem will be fined HK$50,000 (approx. US$6,380) or will have to serve a prison term of up to three years. The bill was passed on June 4th, the 31st anniversary of the Tiananmen Square massacre.

The city’s education department has instructed schools to display the national flag on their premises, as well as sing the Chinese national anthem on celebratory days like New Year’s Day, National Day, graduation ceremonies, and so on. If students or teachers are found to have disrespected the anthem, school authorities are required to inform the police.