Water on the Moon: Launching a Space Economy 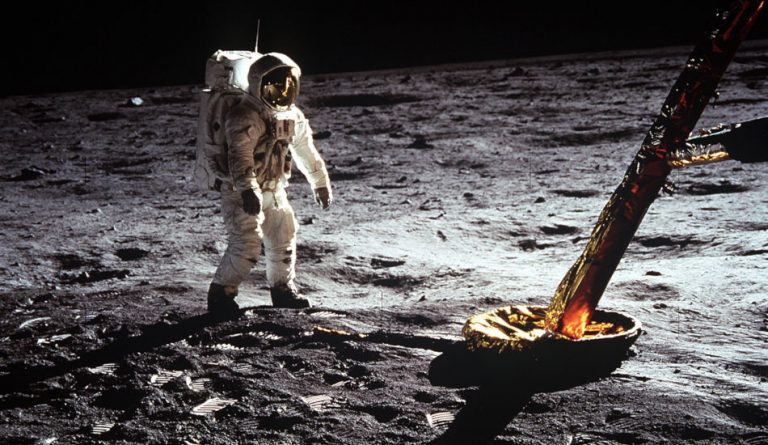 The discovery of water in the form of ice on the Moon could mark humanity’s first step toward establishing a space economy. (Image: via NASA)

The existence of water, in the form of ice, has been confirmed on the Moon. The evidence has given NASA potential ideas for establishing a space economy, which can propel the future of lunar expeditions.

Water on the Moon

In mid-2018, a team of scientists, headed by Shuai Li of the University of Hawaii and Brown University, and Richard Elphic from NASA’s Ames Research Center in California’s Silicon Valley, published their findings in the Proceedings of the National Academy of Sciences.

NASA’s Moon Mineralogy Mapper (M3) held the key signature that determined the presence of ice on the surface of the moon. Using M3’s gathered data of the distinctive water ice signature in its reflectance spectra, the team made a comparison to a computer simulation of the Moon pointing to possible locations of frozen liquid. The result was astounding. They determined that precious ice deposits are sitting and waiting to be mined on the Moon’s surface.

The water ice signatures are consistently visible in the cold and dark regions of the Moon, just within 20 degrees of each pole. At the northern pole, water ice is scattered. But at the southern pole, concentrated water ice is abundant at the bottom of lunar craters.

“With enough ice sitting at the surface — within the top few millimeters — water would possibly be accessible as a resource for future expeditions to explore and even stay on the Moon, and potentially easier to access than the water detected beneath the Moon’s surface,”  NASA officials posted on the agency’s official website.

Following this discovery, NASA aims for more space missions, as the critical resource is readily available on the Moon. The possibility of mining water from the Moon means that the cost of flying out into lunar territory will go down significantly.

What makes Moon expeditions expensive is getting off the Earth itself. The travel requires rocket propellants to break free from Earth’s gravity. And it gets more expensive as the propellants push past low Earth orbit further into geocentric orbits, and into the astronomical void of the Lagrange point between our planet and the Moon.

Water can be split into two components — hydrogen and oxygen. Both serve as fuels for rocket propellants. With the untapped riches of lunar ice at the poles of the Moon, it will be easier to operate larger satellites. Refueling will be possible. Harvesting the resources is cheaper than flying them back to Earth’s orbit. Not only that, but it also opens up new opportunities to manufacture rocket propellants in low Earth orbit.

“With enough ice at the surface, water would possibly be accessible as a resource for future expeditions to explore and even stay on the moon,” the associate administrator of NASA’s Science Mission Directorate Thomas Zurbuchen tweeted.

Low-cost Moon missions mean more Moon missions. Refueling in the middle of the expedition makes for a longer stay on our natural satellite. The possibilities are staggering. It’s not a stretch to start thinking about a space economy with the emergence of this discovery.

“For the Artemis Moon base, NASA will establish a cost per ton delivered and once again let private companies innovate,” NASA administrator Jim Bridenstine hinted in a tweet.

Questions on how to efficiently extract this resource from the Moon, carry it into the vacuum of space, and transport it back to the Earth’s orbit need to be answered now. Not to mention the fact that we don’t know yet how deep these ice reserves are.

Still, it won’t be long until humans build a “gas station” on the Moon.