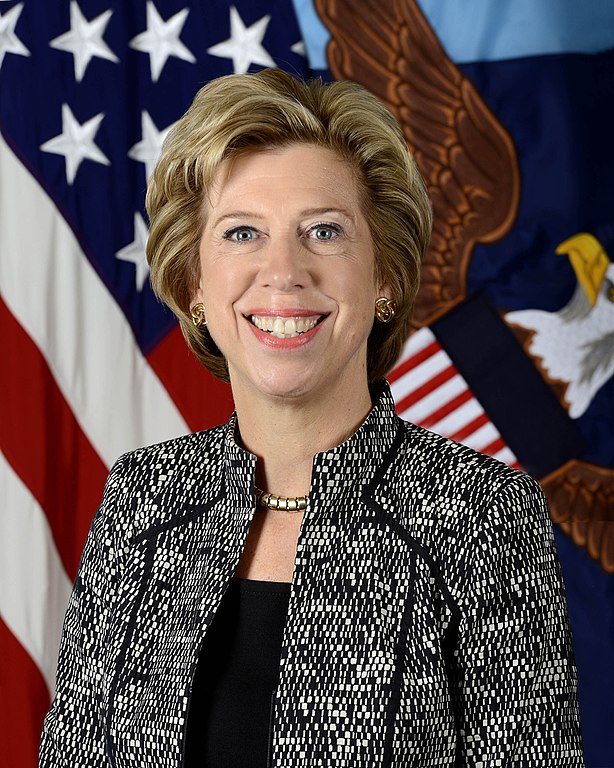 Ellen Lord warned that adversaries were waging economic warfare on the U.S. (Image: via Wikimedia Commons)

Officials from the Pentagon are worried that the Chinese regime might be using the COVID-19 pandemic to get some stakes in strategically important businesses that might be part of the military supply chain. Many of these businesses are now strapped for cash and are seeking an infusion of capital, becoming perfect targets for the communist regime.

“We have to be very, very careful about the focused efforts some of our adversaries have to really undergo sort of economic warfare with us, which has been going on for some time… What I am concerned about is nefarious merger and acquisition practices… We have talked a lot with other nations, particularly in Europe, and we see a lot of shell companies coming in where the beneficial owner ends up being one of our adversaries… I’m particularly concerned about that,” Defence department official Ellen Lord said, as reported by Express.

Back in 2006, the U.S. passed a law that banned American forces from using any military equipment made in China. However, the COVID-19 pandemic has changed the definition of what comes under the term “national security concerns.” Now, the term includes things like medical supplies, protective gear, and drugs. These are areas in which Chinese-owned businesses dominate and some are already even a part of the Pentagon’s medical supply chain.

The Pentagon and the Human Services Department had recently issued a US$138 million contract to ApiJect Systems America. The contract was for coordinating the manufacture of prefilled syringes. ApiJect contacted various potential subcontractors. One of them ended up being an American company that was bought by a Chinese firm a few years back. And this is where the complications begin — contractors usually have no clue as to what their third of fourth level suppliers are using in the products that are supplied to them.

The Pentagon has been educating small businesses in its military supply chains on how to protect themselves from adversarial investments. At a webinar conducted in April, almost 300 American companies were instructed on current regulations concerning investments and how to avoid unwanted investors and bidders in projects. The department of defense has tied with venture capital firms that have undergone strict background checks and other vetting procedures. Businesses and subcontractors in the American military supply chain can approach these vetted firms to raise capital that they might be lacking during this pandemic. This is expected to make the companies free from any Chinese investment and control.

Recovery from the COVID-19 pandemic

Meanwhile, the U.S. economy is apparently undergoing recovery after months of being battered by the COVID-19 pandemic. The American economy added 2.5 million jobs in May, bringing down the unemployment rate to 13.3 percent, which came as a surprise for many economists since they were not expecting the job market to start recovering so soon. Retail sales in May surged by 17.7 percent.

One of the hardest-hit sectors was the travel industry. Data from the Transportation Security Administration shows that total traveler throughput has been rising since the start of June. The hard-hit restaurant industry is also showing signs of life. In late March, the number of seated diners across the U.S. fell by 100 percent when compared to a year earlier according to data from OpenTable. In recent weeks, the restaurant business has picked up, but still, the numbers are 70 percent below the previous year’s level.