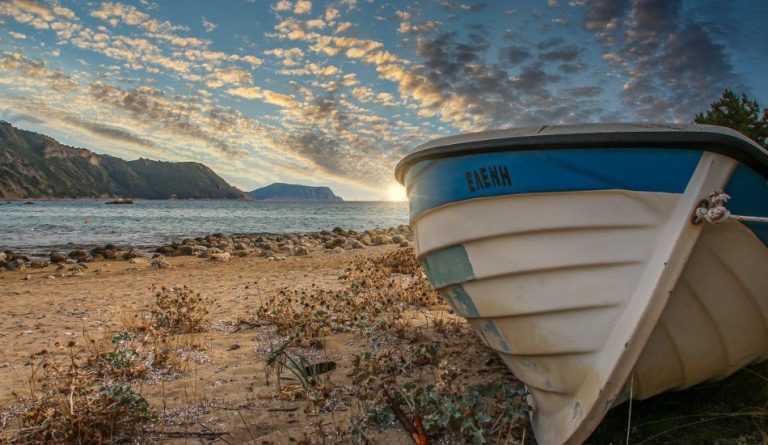 Despite being some of the poorest people in the nation, Indonesia’s fishermen have a happier outlook than those in other agriculture professions. (Image: via pixabay / CC0 1.0)

The Indonesian Family Life Survey (IFLS) conducted a statistical analysis on the welfare status of fishermen during 2012 and 2015. The IFLS questionnaire also contained an open survey for Indonesian fishermen, asking them how happy they felt five years ago, at present, and to predict five years ahead.

The Indonesian ocean is recognized internationally for its abundant marine life. Coral Triangle is also known as the “Amazon of the oceans.” It’s a vast network of coral reefs surrounding Malaysia, the Philippines, the Solomon Islands, Indonesia, Timor-Leste, and Papua New Guinea. The underwater ecosystem in Southeast Asia hosts 30 percent of the world’s coral reefs and spans 2.3 million square miles. Indonesia depends heavily on its marine sector, which accounts for over 6.5 percent of the country’s GDP. As many as 11.34 percent of people in Indonesia’s fisheries sector are classified as the poorest in the nation.

According to the Food and Agriculture Organisation (FAO), there has recently been a sharp decrease in households getting involved in the fishing profession in many parts of the world, including North America and Oceania. Fishing jobs are gradually being replaced by technological advancement and policies that restrict overfishing. Some studies suggest that the decline of new fishers entering the profession is caused by the low income, extreme sea conditions, and separation from loved ones for long periods of time. However, research indicates Indonesian fishermen are, despite poverty and uncertainty, generally happy with their positions.

The government has a duty to protect fishermen for the sake of the profession’s future. For instance, the government could issue better regulations for fisheries and policies to protect small-scale fishermen. Failing this, large-scale fishing vessels may carry on exploiting Indonesian waters. Many coral reefs and fishery resources have been found to have decreased greatly. This could be partly due to the practices of dynamite and cyanide fishing.

A patron-client system, or what locals refer to as “punggawa-sawi,” is pretty common across South-East Asia. It’s a loosely based credit system that connects wealthy individuals with groups of fishermen. Patrons offer fishing equipment and attractive loans to fishermen in exchange for special favors such as labor and select catches. Fishermen are then pushed to use methods such as cyanide fishing to catch live fish. These methods are essentially dangerous to the coral reef ecosystems. Potassium cyanide is used to stun the fish and catch them alive. Sought-after fish species include Spanish Mackerel and Napoleon Wrasse.

Studies have found there also exists a network whereby patrons bribe authorities and protect their fishermen from being prosecuted, even though cyanide fishing is illegal in Indonesia.

Reinforcing practical measures by governments to ban destructive fishing could help with species recovery. Cyanide fishing is believed to be a direct cause of the death and extinction of living coral and marine life. It also ultimately reduces the catch of fishermen.

Unusually happy with their lot

Studies found that fishermen are generally optimistic about life. They place more emphasis on family and social relations than on their work status. They still perceive their profession as being on par with others in the agricultural sectors, and one that is worth pursuing for years to come. Freedom, adventure, and being close to nature is a kind of “therapy” that seems to help ease a fisherman’s hard life. According to some studies, the calm waters of the Caribbean are conducive to social relations and foster a healthy mentality. It would be a real pity to lose the fishing profession due to the declining numbers of people entering the field.