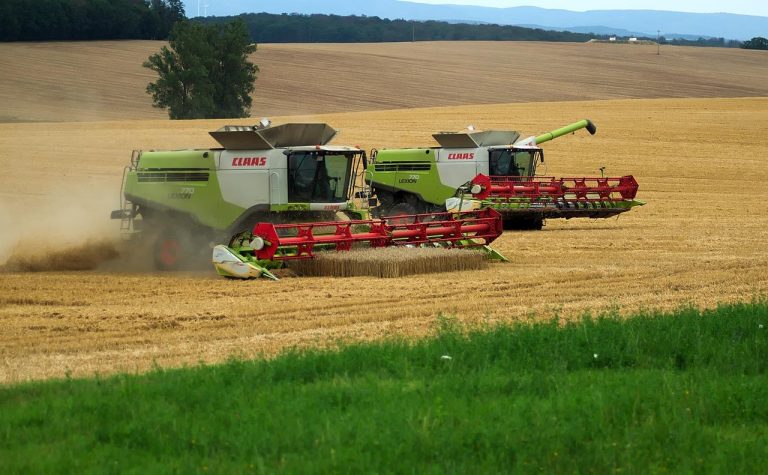 Farmers depend on the combine harvester to harvest crops. (Image: Pixabay / CC0 1.0)

Australia has traditionally fostered a highly creative culture that has produced several pioneers, inventors, and explorers. In this countdown, we look at the 10 Australian inventions that changed the world.

Hugh Victor McKay from Australia developed the first commercial combine harvester in 1885. He called it the Sunshine Harvester. The self-propelled machine was made to harvest, thresh, and winnow wheat. Talk about multi-tasking! McKay eventually established the Sunshine Harvester Works that became one of the largest agricultural equipment manufacturers in Australia.

In older times, people who suffered from mental illnesses like manic depression were lobotomized or shocked with electrodes. It was a very inhumane way of treating people with mental illnesses.

In 2004, Film Australia screened a documentary called, Troubled Minds — The Lithium Revolution. The documentary was an instant international success and won the top prize at the International Vega Awards for Excellence in Scientific Broadcasting.

The didgeridoo is a musical instrument and is basically as Australian as anything can be. After all, it was invented by the aboriginals of the land. Researchers have suggested that it may be the world’s most ancient musical instrument with a history of around 40,000 years!

The long hollow hardwood conical-shaped instrument is traditionally decorated with ochre and a variety of natural dyes. The sounds are created by “circular breathing” and mimicking the sounds of animals mixed with droning and rhythms. The instrument is also known as the “breath of the ancestors” by aboriginals.

The didgeridoo has become very popular nowadays and has been incorporated into various musical genres like punk, hip hop, electronic, jazz, blues, etc., in 1992, the band Aphex Twin used it in their track named Didgeridoo.

Everyone knows Billabong and their super cool “wave” logo. The name is basically derived from the aboriginal word for an oasis. It’s one of the leading surfing brands in Australia!

The story of the brand is well-known and goes back to 1973. At the kitchen table of Gordon and Rena Merchant’s small, rented apartment on the Gold Coast of Australia, the husband and wife team began to sew and sell knee-length board shorts for surfers. The shorts were sold in local surf shops on consignment for only AU$4.50 per pair!

From there on out, the business went from strength to strength making a name for itself worldwide. In 1981, annual sales reached AU$1 million, and in 1984, Billabong sponsored its first major surfing event, the World Final Surfing Contest in Hawaii. In 2018, Billabong was acquired by Boardriders Inc., which owns rival brand Quiksilver.

Wi-fi was invented in 1992 by an Australian radio-astronomer, John O’ Sullivan. In 2009, O’ Sullivan was awarded the Australian Prime Minister’s Prize for Science. Today, there are over 9 billion Wi-fi devices around the world, which is more than the entire human population!

An interesting fact about the technology is that water acts as a strong signal blocker. So if you sit between the router and your computer, your body, which is about 70 percent water, can weaken the Wi-fi signal!

Danish brothers Lars and Jens Rasmussen developed the virtual maps in Sydney in the early 2000s. It was bought by the Internet giant Google, and the technology was turned into what we now know as Google Maps. As of 2020, Google Maps was being used by over a billion people every month. Even Amazon tribes use Google Maps today, primarily to map their lands and keep an eye on illegal mining.

Ultrasound is an amazing Aussie invention. It’s a machine that enables expecting parents to view their unborn child via a screen. In 1961, David Robinson and George Kossoff from the Ultrasonic Research Group of the Commonwealth Acoustic Laboratories built the first ultrasound scanner. It was commercialized in 1976.

The scanner picks up the sounds bouncing off the skin and converts them into images. This means that pregnant women can view the unborn child without the danger of X-rays. The technology is also used in the diagnosis of diseases of the breast, abdomen, and reproductive organs. Ultrasound waves are typically too high for humans to hear. However, dogs and cats can easily pick them up.

This invention is worthy of the highest acclaim because it has saved countless lives. In 1939, Howard Florey, a scientist from Australia, purified penicillin from a special strain of mold. He also carried out the first-ever clinical trials of the antibiotic in 1941. Four years later in 1945, he was honored with the Nobel Prize in Medicine together with Alexander Fleming and Ernst Chain. Penicillin proved to be a crucial medical asset in the Second World War, saving a lot of soldiers. Today, Penicillin is still widely used in combating infections, although resistance to the antibiotic is growing.

The black box literally changed the world of aviation for good. It was invented by Australian scientist Dr. David Warren, who had lost his father in an aircraft disaster back in 1934. This incident drove him to invent something that would make air travel safer. In the 1950s, the idea of the black box slowly developed in his mind and Warren succeeded in developing the device that is today found in almost all planes around the world.

Australia was the first to make it compulsory for all commercial flights. The black box is perfect in every way. For instance, it’s virtually indestructible and can record in real-time flight information and the voices of the pilots and noises in the cockpit during the final moments of a plane’s last flight. One fun fact: Despite being called black box, the device is not black in color. In fact, it’s painted bright orange so that people can easily find it during recovery.

James Harrison from Australia designed the first commercially viable ice-making machine in 1854 and is often referred to as the “father of refrigeration.” There is an interesting story behind how Harrison developed the refrigeration system.

Harrison used to run a fishing boat venture with a local blacksmith. Though they caught a lot of fish, one thought kept nagging Harrison’s mind — how to keep the catch fresh. Harrison owned a printing press. One day while he was cleaning the movable type with ether, he noticed that the evaporating fluid would make the metal cold to the touch. His research into this phenomenon ended up with the development of refrigeration.

In the 1870s, Harrison attempted something that brought about his ruin. He invested all his money in a venture that aimed to take frozen Australian meat to Britain. Unfortunately, the refrigeration broke on the 34th day of the journey. All 20 tons of meat had to be thrown overboard. Harrison arrived in Britain a broken man. Given how much of a respite a cold drink is during the summer, James Harrison’s “refrigeration machine” deserves to come first in the Top 10 Australian inventions that changed the world.