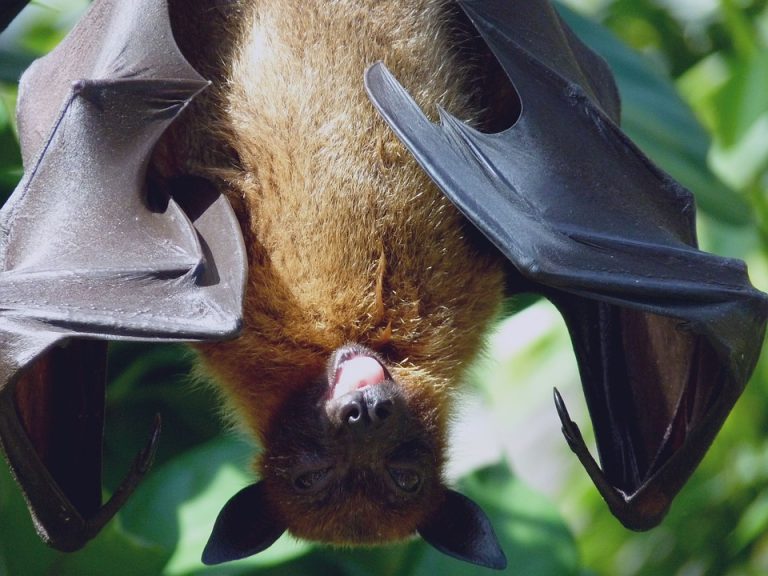 In total, seven species were found across two carcasses. Three out of the four new species belong to Mortierella, a genus of well-known saprophytic fungi (meaning they obtain nutrients through dissolving organic matter). (Image: via pixabay / CC0 1.0)

A subterranean expedition led by Prof. XU Jianchu from the Kunming Institute of Botany of the Chinese Academy of Sciences highlights the importance of understanding the ways in which the relationships between cave organisms and fungal species may have serious ecological and economic implications.

In total, seven species were found across two carcasses. Three out of the four new species belong to Mortierella, a genus of well-known saprophytic fungi (meaning they obtain nutrients through dissolving organic matter).

He ruminated that T. harzanium, possessing fungal pathogen-suppressing capabilities, might have contributed to protecting the bat and its community against other infectious fungi. “This may be a totally new ecology”, he said. More research into the interactions of these fungal species may yield results with practical applications for the fungicide market. Accordingly, there is now renewed urgency to understand cave ecosystems as reservoirs of biological diversity and frontiers of scientific exploration.

The role of bats as hypogean organisms uniquely adapted to their subterranean environments has long been understudied. However, one study estimated that were bats to disappear from North America, it would result in a staggering US$3.7 billion in agricultural losses. This is because they provide critical ecosystem services, such as feeding on pests and pollinating fruit varieties.

At the same time, they can also act as vectors for mammal and plant pathogens. White-nose syndrome, a fungal growth found on hibernating bats, has claimed upwards of 6 million bat lives since 2006, with potentially devastating economic and ecological repercussions. Dr. Samantha Karunarathna, leader of the study said:

“Bats can asymptomatically carry the fungus. Though it has caused many deaths among bats in North America, it has not ravaged other global regions. It is possible for it to appear in other places.”

Accordingly, after white-nose syndrome first began receiving major attention, an upswell in research produced new understandings about the pathogen. The research team hopes the discovery of the four new fungal species here, particularly N. pallidimors, can also trigger a wave of research into fungal species capable of decimating natural populations as well as the societal and environmental importance of bats.

The research team outside one of the investigated caves in Fuming, Yunnan. (Image: KIB)

The UN Convention on Biological Diversity will be held in Kunming, China, in 2021. How to best conserve ecosystem services and limit human encroachment on natural habitats will be at the forefront of many discussions. Given these new discoveries, policymakers cannot overlook the role of fungi in cave ecosystems as well as the potential for bats to act as vectors of pathogenic fungal strains for humans, animals, and crops.

Provided by: Zhang Nannan, Chinese Academy of Sciences [Note: Materials may be edited for content and length.]