Aristotle and the Unrelenting Question About Happiness 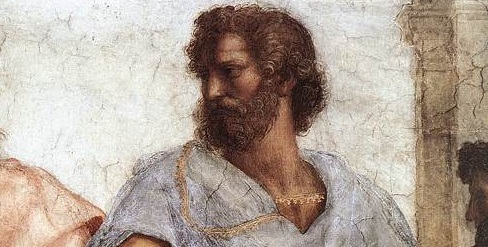 The Greek philosopher Aristotle once said that 'happiness depends upon ourselves.' (Image: via Public Domain)

The Greek philosopher Aristotle once said that “happiness depends upon ourselves.” To fully comprehend the essence of man’s happiness, he believed that we must seek to understand a human being’s distinctive function.

Fame, money, recognition, love, and other things that have put a smile on our faces — think of them as droplets of water, fleeting moments in life. Aristotle was speaking of lasting happiness, that which does not dissipate easily with time.

Aristotle in his work Nicomachean Ethics said that human actions are necessary to realize the ultimate good — happiness or eudaimonia.

To reach the ultimate goal of life, one must pursue it by fulfilling its unique function; meaning, it is something that only humans can perform.

A mineral’s purpose is to rest since it is soulless, the philosopher believed. Growth and nourishment are a plant’s means to their ultimate good, while reproduction is the primary aim of an animal. For humans, Aristotle says, it is the ability to reason.

If you think about it, humans are the sole living beings on Earth capable of acting based on principles and, as a result, take responsibility for their actions.

We are more advanced than animals that are seeking territory and reproduction. Free will and greater perspectives in life are blessings exclusive to our kind — thus, as rational beings, we must strive to channel our function in ways that attain a rational life.

As Aristotle explains in Nicomachean Ethics man’s function is to lead a life that is grounded by a rational principle. This entails good and noble performances of man’s function, and well-performed actions are testaments to a life of excellence.

This means that to achieve happiness, one must exercise his ability to reason, expressed with ethical virtue.

In Aristotle’s point of view, ethical virtue is a “hexis” — a state or disposition toward appropriate feelings resulting from one’s habits.

In layman’s terms, ethical virtue is having the right feeling directed at a certain situation. Character traits such as courage, temperance, honesty, and so on are ethical virtues. Actions that are executed with ethical virtue are the ingredients of happiness.

All ethical virtues act as golden means between excess and deficient states. For example, courage is the midpoint between cowardice and recklessness. A person with rational judgment understands that some dangers are worth the risk.

Temperance is the state in the middle of overindulgence and insensitivity; we can observe this state when a person eats only the appropriate amount of food to leave some for other people.

However, it must be in your intention to do a virtuous deed for it to count, or else happiness cannot be achieved, according to Aristotle. A human is happy when he or she lives according to virtues throughout their lifetime.

So in the philosopher’s perspective, through virtuous actions — be it in health, knowledge, friends, or wealth — and sound reasoning, we will find the true happiness that leads to the flourishing of our human nature.

In a world where instant gratification is what is most sought after, we could look back to Aristotle’s philosophy and give it a try. As the saying goes: “life is a matter of choice.”