New Research Uncovers the Two ‘Faces’ of the Earth 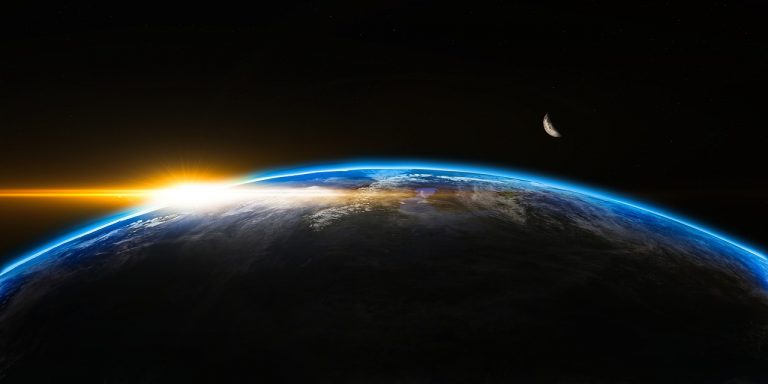 The team found that the contents of the two mantle domains are not exactly the same as previously thought. Instead, the Earth appears to have two chemically distinct hemispheric ‘faces,’ with the Pacific ring of fire being the surface expression of the boundary between the two. (Image: via pixabay / CC0 1.0)

New Curtin University-led research has uncovered how rocks sourced from the Earth’s mantle are linked to the formation and breakup of supercontinents and super oceans over the past 700 million years, suggesting that the Earth is made up of two distinct “faces.” The research, published in the leading journal Nature Geoscience, examined the chemical and isotopic “make-up” of rocks sourced from thousands of kilometers below the surface to better understand how the Earth’s mantle responds to plate movements that occur near its surface.

Lead author Dr. Luc-Serge Doucet, from the Earth Dynamics Research Group in Curtin’s School of Earth and Planetary Sciences, said the Earth’s mantle is currently divided into two main domains — African and the Pacific — but little is known about their formation and history, and they are commonly assumed to be chemically the same, adding:

“Our team used trace metals, such as lead, strontium, and neodymium, from hotspot volcanic islands including the Hawaiian islands in the Pacific Ocean and the La Reunion island in the Indian Ocean, to examine whether these two domains have the same chemical ‘make-up.’

“We found that the African domain was ‘enriched’ by subducted continental materials, which was linked to the assembly and breakup of the supercontinent Pangaea, whereas no such feature was found in the Pacific domain.”

The team found that the contents of the two mantle domains are not exactly the same as previously thought. Instead, the Earth appears to have two chemically distinct hemispheric “faces,” with the Pacific ring of fire being the surface expression of the boundary between the two. Co-author John Curtin Distinguished Professor Zheng Xiang Li, head of the Earth Dynamics Research Group, said the two chemically distinct hemispheres discovered by the team can best be explained by the distinct evolutionary histories of the two mantle domains during the Rodinia to Pangaea supercontinent cycles, adding:

“We found that the African mantle domain contains continental materials, which were brought down by the subduction system for at least the past 600 million years. However, the Pacific mantle domain has been protected from the infiltration of such materials. Our research findings are significant as they showcase a dynamic relationship between plate tectonic processes that operate near the surface and the formation and evolution of Earth’s deep mantle structures.