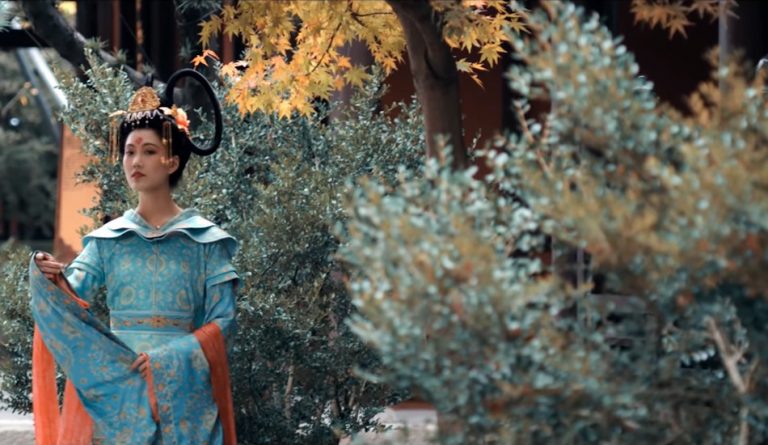 In ancient times, it was really rare for a queen like Empress Zhangsun to be generous and broad-minded.

Empress Zhangsun was the wife of Emperor Taizong (Li Shimin) of the Tang Dynasty who became emperor shortly after the incident at Xuanwu Gate where he defeated and killed his brothers, Li Jiancheng and Li Yuanji, who were staging a coup against their father. As well as taking care of Li Jiancheng’s and Li Yuanji’s widows, Empress Zhangsun did her best to comfort and compensate the bereaved families, arrange accommodation for them, and choose maids to take care of them.

Zhangsun Wuji, who was the elder brother of the empress, was very well thought of by the emperor due to his talents, knowledge, and strategy, and was named Qi Guogong. Once, the emperor wanted to promote Wuji as a chancellor, but he was opposed by the empress. She believed that Emperor Taizong should take a lesson from history and should not let the elders of the Zhangsun family hold too much power.

Emperor Taizong still insisted on promoting Wuji. The empress had no choice but to privately discuss it with her brother, hoping that he would consider the overall situation of the country, and would choose not to participate in politics. To stop people from criticizing the emperor, Empress Zhangsun suggested that Wuji give his resignation to the emperor. Later, Wuji expressed his unwillingness to be an official to Emperor Taizong. On seeing that both the brother and sister insisted so much on it, Taizong had no choice but to relent and allow Wuji to resign.

Empress Zhangsun’s life, from her clothing to her horses and carriage, was frugal and humble. She also asked her sons and maids-in-waiting to live in the same manner. One time, the prince’s nanny suggested buying some equipment for the prince. Empress Zhangsun was very angry and said to the prince: “Now that the country has just been established, the people are still living in war and restlessness. As a prince, you should be frugal, show self-restraint, be compassionate to civilians, and thereby be a virtuous emperor in the future!”

If Tang Taizong was a virtuous emperor who could accept admonishment, then Empress Zhangsun was the behind-the-scenes supporter who promoted his generosity and acceptance of admonishment. On one occasion, Taizong returned angrily from a meeting and said that he would kill chancellor Wei Zheng.

After asking what had happened, it turned out that Wei Zheng made reckless remarks in front of everyone in the imperial hall, and made Taizong completely lose face. Taizong was so angry that he wanted to get rid of Wei Zheng. Unexpectedly, after listening to Taizong’s words, Empress Zhangsun retreated to her bed-chambers and put on the official empress gown and came out. Taizong was surprised and confused.

Empress Zhangsun smiled and said: “Congratulations, your Majesty! I have heard that only a virtuous emperor will have subordinates who have integrity. Wei Zheng dared make such a bold remark, which means that your Majesty has the grace and can accept the opinions of the courtier, and is a virtuous emperor! So I congratulate your Majesty.” After hearing this, Taizong suddenly came to an understanding.

Empress Zhangsun died of illness at the age of thirty-six. Before she died, she asked Taizong to remember her words: “Get close to those who have a noble character, stay away from those who have low morals, accept loyal admonishment, save labor, and refrain from hunting.”

As well as being a virtuous and capable wife, Empress Zhangsun’s broad-mindedness and generosity also left a role model of motherhood for all generations.