China Airlines Start Livestreaming in a New Wave of Promotion 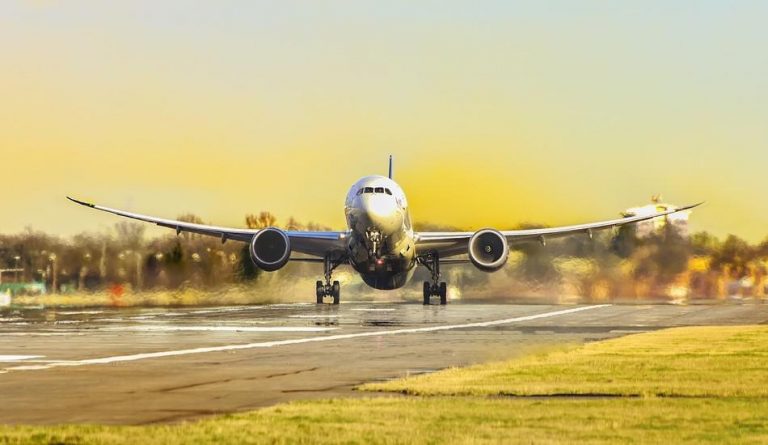 Airlines in China are using livestreams to try to bolster ticket sales while drumming up revenue by selling ads and merchandise. (Image: via pixabay / CC0 1.0)

The COVID-19 pandemic has put the global airline industry into a financial crisis. Because of this, China airlines have embraced a rather new way of promoting their business — livestreaming. The industry hopes that it will be able to use this increasingly popular tech to boost revenues.

In May, China’s Spring Airlines launched its streaming promotion that targeted businesses. The founder of the company appeared in the live broadcast, announcing that businesses could place their ads on the whole body of an aircraft for about US$930,000 per annum, a 50 percent discount over the normal rate of US$1.98 million. The livestreaming was a success and the airline received calls from numerous enterprises that were enthusiastic about placing their ads on the planes.

In addition to ads, other products and services were also promoted during the livestreaming. The company claims that over 12 million people watched their broadcast. The highest number of people tuning in at the same time stood at over a million. In total, almost US$4.24 million worth of transaction volume resulted from livestreaming. Juneyao Airlines launched its first livestreaming shortly thereafter, selling plane models and merchandise during the event while also gifting flight tickets, memberships, upgrade coupons, etc.

Others like Shenzhen Airlines and Tianjin Airlines have also joined the livestreaming bandwagon, selling all kinds of products while inviting special guests to boost the popularity of the broadcasts. Shenzhen Airlines launched a business class voucher during a livestream, offering it for an 80 percent discount, hoping to get a bump in sales. Industry experts believe that the livestreams will boost the popularity of airlines. However, they doubt whether it will be an effective sales mechanism for flight tickets. What might happen though is that the popularity of a livestream might end up influencing the audience to buy tickets from that specific airline in the future.

It’s not just the aviation sector in China that is using livestreaming as a promotion/sales platform. E-commerce businesses have achieved huge success through livestreaming. The fact that one can interact with their customers brings a whole new advantage to livestreaming when compared to traditional online sales. One florist who used livestreaming states that it allowed him to explain to his prospective customers how to take care of their plants, what to do when some problem pops up, and so on.

According to the International Air Transport Association (IATA), the global airline industry is expected to suffer a loss of US$84.3 billion this year due to the COVID-19 outbreak. “Financially, 2020 will go down as the worst year in the history of aviation. On average, every day of this year will add [US]$230 million to industry losses. In total that’s a loss of [US]$84.3 billion. It means that — based on an estimate of 2.2 billion passengers this year — airlines will lose [US]$37.54 per passenger. That’s why government financial relief was and remains crucial as airlines burn through cash,” Alexandre de Juniac, IATA’s Director General and CEO, said in a statement.

He added that the worst of the traffic decline is probably already over, provided a more damaging second wave of the outbreak does not happen. Total revenue for 2020 is predicted to be around US$419 billion, which is more than 50 percent less than the US$838 billion in revenues the sector collected in 2019. By next year, revenues are expected to increase to US$598 billion. However, the airlines will still suffer losses to the tune of US$15.8 billion.