Fossil Egg Found in Antarctica Could Be Giant Mosasaur 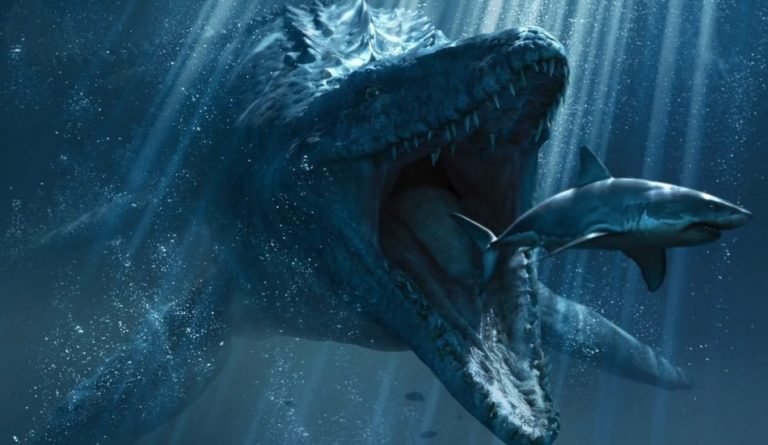 A giant egg the size of a football could belong to a prehistoric aquatic lizard creature known as a mosasaur. (Image: Screenshot via YouTube)

A giant egg the size of a football could belong to a prehistoric mosasaur, and it’s the only egg of its kind. Discovered in 2011 on Seymour Island in Antarctica, the 68 million-year-old egg holds the title of the largest soft-shelled egg and the second-largest egg in the world, measuring 11.4 by 7.9 inches.

Chilean scientists found the egg just about 200 feet away from the remains of ancient animals. But despite its proximity to other dinosaur-age creatures, the identity of the animal that laid the egg was unknown, according to paleontologist and co-researcher of the study David Rubilar-Rogers of the National Museum of Natural History (MNHN).

Nine years have since passed, and now, new developments point to the possibility that the egg could belong to a mosasaur,  known in the scientific community as Kaikaifilu hervei.

Chilean scientists had no ideas regarding the creature that laid the egg, or even if it was an actual egg. For almost a decade, it remained in the unlabelled collection of Chile’s National Museum of Natural History and was called “The Thing,” named after the 1982 sci-fi movie.

David Rubilar-Rogers, one of the scientists who unearthed “The Thing,” showed it to almost any geologist who happened to be in the museum, hoping someone would recognize it. Then in 2018, Julia Clarke, senior researcher of the study and a professor of vertebrate paleontology at the University of Texas at Austin, visited the museum.

When Clarke first saw it, she was baffled. “I had never seen anything like that before in my life,” she said (NewScientist). A few minutes after being shown the fossilized structure, the professor from Texas identified it as a deflated egg.

Clarke’s post-doctoral colleague at the University of Texas, Lucas Legendre, used a suite of microscopes to confirm Clarke’s opinion. In the study samples, he found several layers of membrane that confirmed it was an egg. And it was similar to the structure of eggs laid by lizards and snakes, i.e., transparent and designed for quick-hatching. He told AFP news agency that it’s rare to find well-preserved and fossilized soft-shelled eggs.

Clarke said that there were no fossilized eggs discovered in Antarctica. She also mentioned that no dinosaurs currently found in the region were big enough to lay such an egg. It came from an animal that competes with a large dinosaur in size, according to Legendre. Furthermore, it must be a giant relative of lizards and snakes because of the similarity in the egg’s structure.

The team now believes that it must have belonged to a mosasaur. The mosasaur is from the Cretaceous period, and is not a dinosaur, but a colossal member of the reptile subclass Lepidosauria.

This aquatic lizard was highly adaptable in marine environments during the Cretaceous period. Having a snake-like body with a large skull and snout, the mosasaur could exceed 29 feet in length. When it came to hunting for food, this lizard competed with other leviathans such as plesiosaurs and ichthyosaurs.

Besides analysis surrounding the soft-shelled egg, the presence of remains of other mosasaurs near the site of the discovery also strongly suggests the current conclusion about “The Thing’s” identity.

There’s a possibility that the area was a nursery during the late Cretacean era, as the Chilean scientists discovered other fossilized baby and adult mosasaurs. Being renamed from “The Thing” to Antarcticoolithus bradyi or “delayed Antarctic stone egg,” the researchers are still trying to piece together evidence about its mysterious origins.

Confirming if A.bradyi is indeed a mosasaur egg will be a breakthrough. Darla Zelenitsky, an assistant professor of dinosaur paleobiology at the University of Calgary in Canada, said to Live Science via email that it would represent one of the first recorded instances of live birth in the dinosaur era from the extinct lizard and snake family.