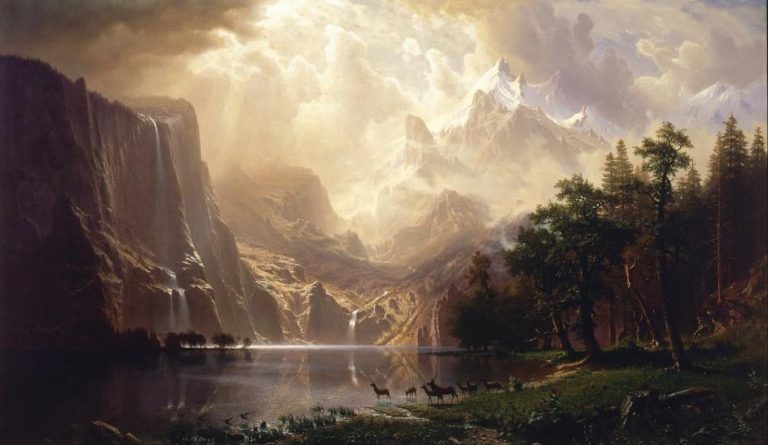 There was a rich man who was a connoisseur of fine art. The appreciation and collecting of art was his lifelong passion. The beauty, the history, and enjoyment of art was his forte. The man was very enterprising and worked hard to earn more so that he could buy and enjoy more pieces. Throughout his life and career, he continued to purchase works of art. He had just about all he wanted.

His wife died young and they had an only son. The son had an appreciation and love of art just like his father. Collecting works of art became their common interest. One year, their country was drawn into war. The son joined the army to fight for the motherland.

Very soon thereafter, the father received a letter. It stated: “We are sorry to inform you that your son lost his life in the war…” The father finished reading the letter and realized the great sacrifice his son had made. When the tragedy happened, his son was in a safe zone, but as his fellow soldiers were injured and were still outside on the battlefield and of the trench, he decided to brave the bullets and carry them into safety one by one. Just when he was carrying the last soldier into safety, he was hit by a bullet…

A month later, the father heard the doorbell ring. The father opened the door and saw a young man standing there with a package. He said to the father: “You may not know me, Sir. I am the injured soldier that your son sacrificed his life to save.” His eyes turned tearful as he introduced himself. He handed the father the package. “I am poor and have nothing worthy of giving. I remember your son telling me that you love art. I may not be an artist but to show my gratitude for saving my life, I have drawn a picture of your son. I hope you will keep it.”

The father received the package. He unwrapped the gift to review the painting. He turned and walked up the stairs to the studio where his priceless collection was housed. He took down the centerpiece by the fireplace and hung his son’s portrait there. He was in tears as he said to the young man: “My child, this is the most precious art piece in all of my collection. To me, it is worth more than any paintings that I have!”

A year later, the saddened father passed away. His lawyer organized an auction on his art collection as instructed in his last will. Many art collectors and enthusiasts were interested in taking part in the hope of getting hold of some of the famous paintings.

Auction of the century

As the auction began, the auctioneer announced solemnly: “The first piece to start off today’s auction is this portrait behind me.”It was the painting of the son drawn by the saved soldier. Participants in the auction responded: “That is only his son’s portrait. Why don’t we skip over this one and get into the real famous paintings?”

The auctioneer was dispirited and asked in a shaking voice: “Is there no one interested in making an offer on this painting?” Hearing that question, an old man stood up and said: “Sir, can it be sold for $10? Ten dollars is all I have. I am a neighbor of the collector. I know this boy. I knew him from the time he was young. To be honest, I like him. I want to buy this painting for him. Will $10 do?” “Sure. Ten dollars once! Ten dollars twice! Ten dollars thrice! Item sold!”

The hall exploded in ecstasy. People were excited and couldn’t wait for the turn of famous paintings to come on stage. “Thank you all for coming here today. Our auction has now come to a close,” unexpectedly the auctioneer announced. The participants were annoyed: “What do you mean? Not a single piece of the good ones is for auction. How come the auction is over?”

The auctioneer explained: “Sorry, everyone. This really is the end. According to the instructions in the will of the collector, whoever buys his son’s portrait owns the complete collection. Ten dollars is the reserve price!”

Translated by Cecilia and edited by Michael Segarty