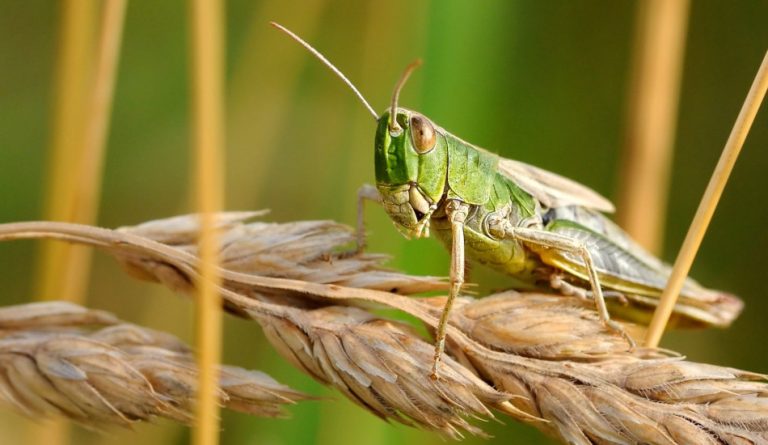 The world is currently experiencing one of the worst locust outbreaks seen in decades. (Image: christels via Pixabay)

The world is currently experiencing one of the worst incidences of locust swarms in decades. Vast regions of East Africa, the Middle East, Pakistan, and India are being invaded by these pests, which consume all plant crops in their path, thus creating the possibility of serious food shortages around the world.

According to the International Rescue Committee (IRC), African nations like Djibouti, Kenya, South Sudan, Uganda, Eritrea, Somalia, and Ethiopia are among the worst affected nations. A one-square-kilometer locust swarm can consume food equivalent to that eaten by 35,000 people in a single day. Some of the biggest locust swarms can cover nearly 250 times that area, having around 40 million to 80 million locusts. One swarm reported in northern Kenya was 25 miles by 37 miles in size, enough to blanket the city of Paris about 24 times over. The damage such massive locust swarms can do to food security is unimaginable.

The UN’s Food and Agriculture Organization (FOA) predicts up to a 50-70 percent cereal harvest loss if the locusts are not brought under control. Even in a best-case scenario, there could be up to a 30 percent loss of harvests. The previous large-scale locust attack took place between 2003 and 2005, resulting in US$2.5 billion in crop damage. Subsistence farmers ended up being most affected by the locust attack. Children that grew up during the period were at higher risk of malnutrition and had less chance of going to school. East Africa’s situation is extremely perilous since the region has been experiencing drought for several years. As such, food production is already low. The locust swarm will cause a massive spike in food prices, leaving millions of poor people underfed.

In the Middle East, locust swarms have been spotted across Saudi Arabia, Yemen, and Iran. In Pakistan, the government declared an emergency in February. Media reports suggest that the country had already lost about 40 percent of its food crops by the start of the year. From Pakistan, the locust swarms have invaded India. Fortunately, crops from the October-March growing season have already been harvested. But the locusts can pose a serious threat to the July-October growing season. Even countries as far away as South America now face the risk of devastating invasions of locusts. Argentina and Brazil have already issued warnings after locust swarms were observed moving into their regions.

Although North America is not currently under threat from locusts, the region has had a devastating experience with these creatures. The most famous locust attack in North America happened in 1875 when 12.5 trillion of these creatures, spread over 198,000 square miles (more than the size of California), ravaged crops in the region. Skies in states like Nebraska and Colorado were blacked out.

“They ate everything green, and more, including wool off sheep’s backs, harnesses off horses’ backs, and even the clothes people were wearing. This swarm was the largest gathering of any animal ever recorded. To curb the damage, desperate governments started introducing bounties for killed locusts, and farmers dug up pits and burnt them with flamethrowers,” according to The Print.

Surprisingly, these locusts went extinct three decades later. After 1902, there has never been a major sighting of these pests, named the Rocky Mountain locusts. Currently, North America is the only continent in the world, except for Antarctica, that does not have a major locust species. This doesn’t mean that North America is safe from a locust attack. Since South American nations have spotted locust swarms, it is possible that they might also find their way into the United States.