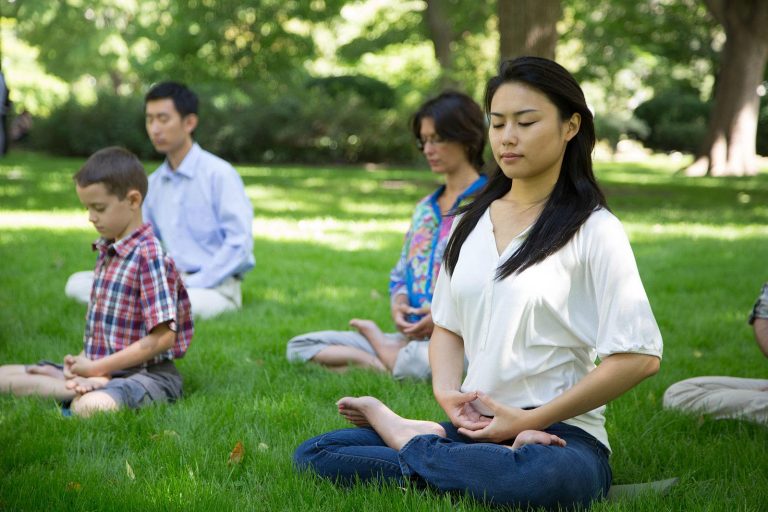 The Australian Broadcasting Corporation (ABC) recently aired a program called Dark Karma in which the media outlet tried to portray Falun Gong, and Buddism in general, in a negative light. (Image: Joffers951 via Wikimedia Commons)

In China today, a spiritual practice called Falun Gong is banned, and its practitioners are persecuted. Introduced in 1992 by its founder, Mr. Li Hongzhi, the practice gained popularity across the nation for its health and spiritual benefits. Within 7 years, an estimated 100 million people were practicing the five sets of exercises in public parks in the country.

Former President Jiang Zemin grew deeply unsettled about the practice’s popularity, and in a jealous rage declared it “illegal” on July 19, 1999. Although the constitution of China allows freedom of belief, Jiang launched his unprecedented persecution against the people who continued to practice Falun Gong.

Since then, hundreds of thousands of Falun Gong practitioners have been subjected to brutal torture at the hands of Chinese Communist Party agencies, including police and special forces. More than 4,300 people have been killed. Their deaths are accounted for, while many other deaths are not. People from all walks of life are still being arrested today. They face cruel torture and long jail sentences, often without trial.

For the past couple of years, Falun Gong disciples have been subjected to live organ harvesting, where the CCP regime kills a perfectly healthy practitioner and sells his or her organs in a multi-billion dollar black market operation.

Detained in a mental asylum

None of them would reveal her mother’s exact detention location. She hired different lawyers to make appointments with the two detention centers. The authorities finally revealed that Ms. Li was currently being held in a mental hospital, and family visits were forbidden.

On May 27, while inquiring about her mother’s case status at Chancheng District Procuratorate, she found that the prosecutor had accepted the police submission of her case on April 29. She learned later that the prosecutor indicted Ms. Li on June 5, 2020, and forwarded the case to the local court soon afterward.

Ms. Li is facing a trial for being a Falun Gong practitioner at present. It was confirmed that another practitioner, Ms. Deng Meizhen, 78, was also arrested at Ms. Li’s home on March 17.

On March 4, 2020, Ms. Ma Xiuqin, along with two other women, Yang Xiaohua and Ms. Liang Zuohua, who visited her clothes shop, were arrested for being Falun Gong practitioners. A customer was also detained and interrogated after the police heard that Ms. Ma talked to her about Falun Gong. Police ransacked her shop and home.

Due to the CCP coronavirus epidemic, they released the three practitioners that evening. Police arrested Ms. Ma again on March 11 and took her to Ulanhot City Detention Center. She was refused visitation rights and denied clothes and daily necessities. The Arxan City Court held a hearing of Ms. Ma through teleconferencing on May 21, 2020. Her family received her four-year verdict on June 12. Four years in detention for trying to improve her health and mental status.

On April 17, 2020, Mr. Wen Defang, the husband of Ms. Fan (80), a Falun Gong practitioner, died in despair alone in his bed. Ms. Fan was her husband’s sole caregiver after he suffered a stroke and became bedridden and incontinent 15 years ago. Ms. Fan was arrested in June 2019 for practicing Falun Gong. The police submitted Ms. Fan’s case to the Xiangyang District Procuratorate in October 2019. The Xiangyang Court later secretly sentenced her to a 1-year jail term without informing her family.

On June 6, 2020, Ms. Xu Fengmei (68) from Beijing was stopped and searched by police officers. She was followed home where they ransacked her possessions. Without providing a warrant, the officers confiscated her computer and Falun Gong books. Ms.Xu was taken to the local police station and verbally abused. She was denied food and water; they didn’t even allow her to use the restroom.

Later, Ms. Xu began to show symptoms of high blood pressure. She was taken to the hospital, where doctors advised that she be admitted immediately. Instead, the officers ignored the doctor’s recommendation and took her to Daxing District Detention Center. There, she was refused admission due to hypertension.

Ms. Xu was released on bail on the evening of June 7. The police demanded that Ms. Xu’s daughter watch her closely and prevent her from going out. Police threatened that they would force her landlord to terminate the lease or have her workplace fire her if she did not comply.

The police returned to Ms. Xu’s home on June 8, took her photo, and warned her again not to go out. They left, saying more police would be sent to monitor her.

On June 18, 2020, at around 5:00 a.m., Ms. Han Yuqin from Fengrun District, Tangshan City, Hebei Province, was detained by CCP police for practicing Falun Gong. Later in the morning, her distraught family went to the Tuiminglu Police Station. Upon seeing Ms. Han, the family was shocked to find her weeping and sobbing uncontrollably. The police then sent Ms. Han to the hospital for emergency treatment on the same day. At around 4:00 p.m., Ms. Han was pronounced dead. Police offered the family compensation, but Ms. Han’s loved ones were not appeased and have vowed to seek justice for her.

It’s been 21 years; the gross human rights abuses of the CCP continue to this day.