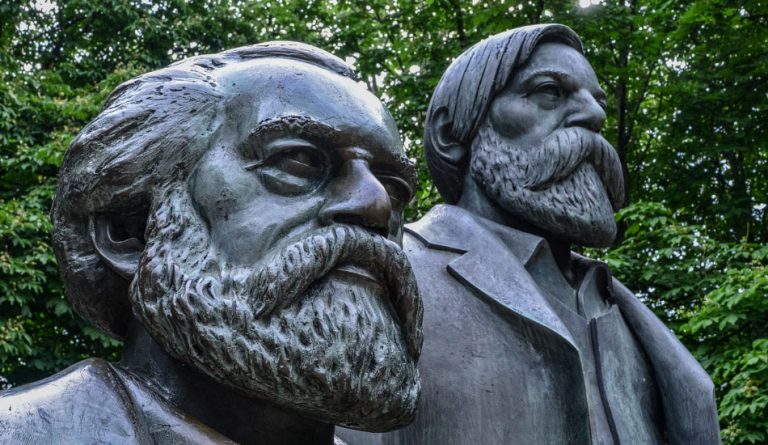 Karl Marx was a clear racist, as indicated in his writings. (Image: Pixabay / CC0 1.0)

The Black Lives Matter (BLM) movement began as a response to police brutality, but protesters soon sparked a long-delayed conversation about structural racism, persistent inequality, and the long history of white supremacy that has enabled injustice to persist.

While the BLM movement initiated an overdue conversation about racism, it missed one of the biggest racist thinkers of modern history — the father of communism, Karl Marx. For those who are under the false impression that Marx viewed everyone as equals, here are some of his views on blacks, Jews, Mexicans, and Indians.

Marx enthusiastically supported the work of French ethnologist Pierre Tremaux to caricature the African community as backward people. In a letter Marx wrote to his peer Friedrich Engels, he states that Tremaux has scientifically proven that the “common Negro type is the degenerate form of a much higher one.” Engles, in his Notes to Anti-Duhring argues that the concept of acquired characteristics extended from individuals to species and that it would be difficult to teach an Australian black about mathematical axioms. Their racial notions saw support from Cuban dictator Fidel Castro who said in his 1952 memoir The Motorcycle Diaries that a black person is lazy and indolent, while the European is intelligent and forward-looking.

It was the Jews that Marx seems to have hated the most as evidenced by his racist comments against the community. It is as if Marx actually believed that Jews were evil by nature and deserved all the suffering that was inflicted upon them. In his 1861 work The Russian Loan, Marx writes that every tyrant is backed by a Jew and goes on to insinuate that Jews are money-hungry people out to harm society just because they work in the financial field. The Nazi holocaust of Jews is partly inspired by such Marxist views. Hitler’s hatred for Jews was driven by his belief that Jewishness and capitalism are the two sides of the same coin. In fact, he is known to have asked: “How, as a socialist, can you not be an anti-Semite?”

After the U.S. annexed Mexico following the Mexican-American War in the 1800s, Marx justified the treatment meted out to the Mexicans. “Is it a misfortune that magnificent California was seized from the lazy Mexicans who did not know what to do with it?” Marx asked sarcastically. Engels too shared the same disdain for Mexicans in one of his writings: “In America, we have witnessed the conquest of Mexico and have rejoiced at it. It is to the interest of its own development that Mexico will be placed under the tutelage of the United States,” according to The Daily Signal.

Marx held great contempt for Indians. He stated that English interference in India dissolved the semi-barbarian communities and created the only social revolution known in Asia. He argued that England had two duties to fulfill in India — the first is to destroy the civilization of the country and the second is to lay the foundations of Western society in Asia. He reasoned that India was “predestined to be conquered,” thereby sanctioning the more than two centuries of oppression and exploitation millions of people in India suffered at the hands of the British.