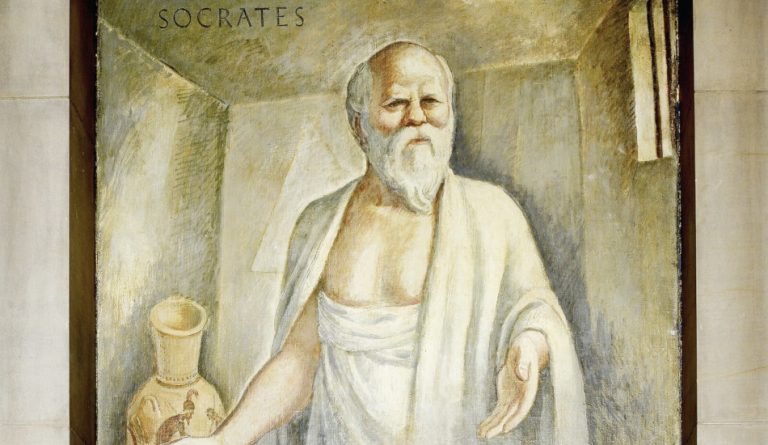 Modern society has been established on democratic ideals where every person has a say in the government through a vote that determines the ruling party. The idea of Western democracy comes from ancient Greek democracy practiced in the times of Socrates. However, Socrates wasn’t much of a fan. In fact, one could argue that he even hated this system of governance.

The Dialogues of Plato describe an incident in which Socrates tries to explain the flaws of democracy to a person named Adeimantus. Socrates compares the society to a ship and asks Adeimantus, if he were to head out on a journey by sea, who would he want to be in charge of the ship — just anyone or a person who is properly educated in the skills and rules of seafaring?

Adeimantus obviously replies that he wants an educated seafarer to captain the ship. Socrates asks Adeimantus why then he would want any random person to judge who should rule the country.

What Socrates is trying to say is that voting in an election is a skill. And like any other skill, only those who have been systematically taught should have the right to vote. Allowing citizens to vote without properly educating them is like putting them in charge of a ship in a storm.

Socrates proposed a regime where only those who are educated about ruling are given absolute power. He isn’t the only Greek philosopher to criticize democracy. Plato states in the Republic that democracy is just a latter stage of a declining state. Plato theorized that democracies would eventually become so bad that the people themselves would demand that a dictator come and save them.

Meanwhile, Socrates experienced the ill-effects of democracy on his life at his famous trial. Socrates was charged with disbelieving the gods and corrupting the youth of Athens. A jury vote was held to determine his fate. By a very narrow margin, it was decided that Socrates was guilty. The philosopher was then made to drink hemlock and died from the poison.

Another Greek philosopher who objected to democracy was Aristotle. The main reason why Aristotle disliked democracy was that it risked overturning the rule of law by imposing the will of the majority.

“In a pure democracy, the will of the majority is sovereign, not the law, not the state. If the people decide someone should be executed, they are executed and no law against capital punishment can stop that. If the people decide that a person or company’s assets should be seized, again, the fact that this requires tearing up the law book is irrelevant,” according to Prospect Magazine.

However, we need to understand that the democracy that we practice today isn’t a pure democracy. It is more similar to Aristotle’s definition of polities — forms of government in which the many rule over themselves. In contemporary democracy, the rule of law stands between the majoritarian will and its implementation.

In the present world, many thinkers have raised the question of whether every citizen of a country should have the right to vote or should the votes be restricted to those who have passed a test that validates their knowledge level about politics.

But then, the question comes up regarding education. Most of the universities now support the leftist view of the political spectrum. Should that be the basis for the syllabus?

“A democracy is nothing more than mob rule, where fifty-one percent of the people may take away the rights of the other forty-nine.” — Thomas Jefferson