Meet the Fastest Supercomputer in the World: Fugaku 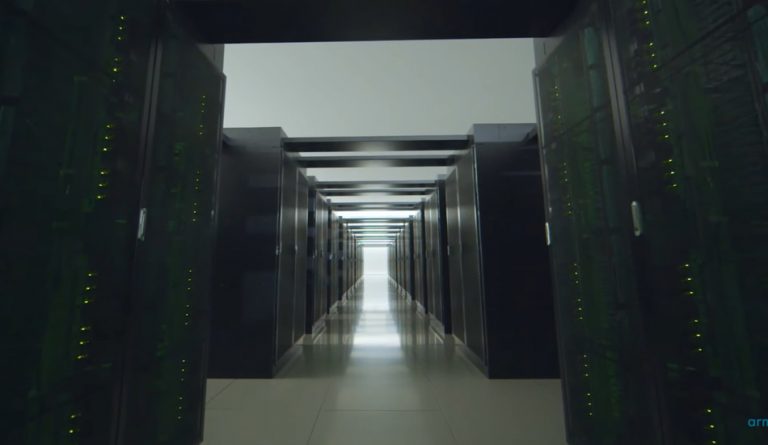 Inside the room housing the current No. 1 supercomputer in the world. (Image: YouTube/Screenshot)

With a speed of approximately 415.53 petaflops, Japan’s Fugaku bests its U.S. and Chinese competitors and takes the top spot as the “fastest supercomputer in the world.” The ranking was released by Top500, a project that has been tracking the evolution of computer processing power for nearly three decades. Fugaku’s win brings the title back to Japan after 9 years. Its predecessor K computer had won the title in 2011.

Just below Fugaku is the United States’ Summit supercomputer in second place. The gap between the speed of the two supercomputers was surprisingly big. Summit’s speed of 148.6 petaflops could barely keep up against Fugaku. Following the Summit computer is an IBM system from California, while the fourth and fifth places were occupied by supercomputers from China.

The government-backed institute Riken and the Japanese technology firm Fujitsu collaborated to develop the supercomputer for over six years. It took about 130 billion yen (1.2$ billion) worth of investments from the public and private sectors to make Fubaku happen.

Its speed of 415.53 petaflops is just outstanding. Why? Well, to give you a simple explanation, a system that performs at one petaflop can calculate one quadrillion floating-point operations, or computer arithmetic calculations. According to Indiana University, keeping up with a one-petaflop supercomputer means performing one floating-point operation per second for 31,688,765 years. And against the Fugaku, the calculation has to be performed every second for around 13.2 billion years.

The room-sized Fugaku, meaning Mount Fuji in Japanese, is currently installed in the city of Kobe. As of now, the supercomputer uses only about one-sixth of its maximum capacity. But even so, it has already reached a level that is 8 times that of K computer’s computational performance. And its capacity is still expected to grow even further. For a supercomputer capable of astronomically advanced calculations, Fugaku can aid in solving various issues.

In fact, according to Fujitsu, the capabilities of the No. 1 supercomputer will be used to tackle social and scientific issues. The priority issues include — achieving society-wide health and longevity provisions, preventing disasters and resolving global climate problems, providing energy solutions, enhancing industrial competitiveness, and developing basic science.

The head of the Riken’s Center for Computational Science, Satoshi Matsuoka, has great expectations of Fugaku’s future contributions to the society. “I hope that the leading-edge IT developed for it will contribute to major advances on difficult social challenges such as Covid-19,” he said to the BBC.

Though the supercomputer is slated to begin full-time operations next year, Fugaku has already been dispatched to help in the fight against COVID-19. Governments and companies across the world are conducting research to find a treatment for COVID-19. For example, the anti-influenza drug Avigan, a candidate for COVID-19 treatment, has gained worldwide attention and is still under trial. To accelerate these global efforts, Riken and the Ministry of Education, Culture, Sports, Science, and Technology have decided to use Fugaku to research fundamental therapeutics.

Supercomputers have always been a great tool to run simulations for developing new drugs. Yasushi Okuno, a professor at Kyoto University, aims to discover potential medicines for treating CCP coronavirus infections using the supercomputer. He hopes to get encouraging results in at least a month. Pooling from 2,000 existing drugs, the research will investigate how drugs work on viruses at a molecular level.

Fugaku is not the only supercomputer at work during this pandemic. The U.S. has also employed supercomputers. A consortium has already been formed by the White House’s Office of Science and Technology Policy, which includes different industries, academic leaders, and the government. Currently, the United States has deployed Summit and 29 other supercomputers for this purpose.