Bringing Back the Fijian Fishing Tradition of ‘Tabu’ 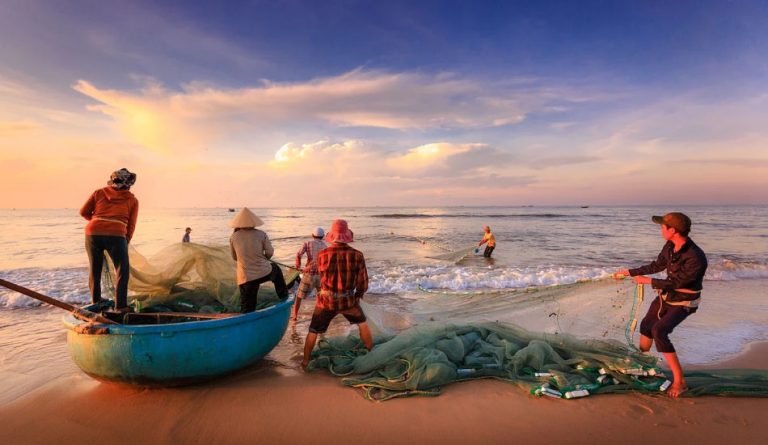 Fijians are reviving their traditional practice of ‘tabu’ in a bid to improve their fishing stocks. (Image: Quangpraha via Pixabay)

Fijians are reviving their traditional practice of “tabu” in a bid to improve their fishing stocks. “Tabu” is basically an area marked as a “no-fishing zone” and is often demarcated by barnacled pillars that are embedded firmly on the floor of the reefs.

In Fiji, coastal areas that belong to a specific clan are called “qoliqoli,” which are fishing grounds that are passed from one generation to another. In the 1990s and thereafter, fisheries across Fiji and surrounding areas hit a crisis after long decades of commercial fishing had triggered a massive decline in the fish population. Local fishermen were getting smaller and smaller catches. Plastic and oil pollution ended up killing off numerous coral reefs. This is when the locals started recalling the old practice of “tabu.”

“Traditionally, when the chief of a village dies, a portion of the community’s fishing ground is set aside as a no-take, or tabu (pronounced “tam-boo”), area as a token of respect for the chief. After 100 days, the area is reopened and the community harvests fish to hold a feast to end the mourning. The supernatural power of the chief is usually measured by the abundance and size of the catch,” according to LMMA Network.

The modern “tabu” concept deviates from the traditional method in the sense that the closure of the fishing grounds will be observed for an indefinite period of time rather than a fixed 100 days. This is believed to boost the benefits of “tabu.” Studies that compared the benefits of “tabu” in areas with differing closure times have found that the longer the closure is practiced, the greater the harvest is boosted.

Currently, a network of about 400 communities, called Fiji Locally Managed Marine Areas (FLMMA), has been developed and is using the “tabu” concept in their fishing areas. A community usually applies “tabu” to about 10 percent to 20 percent of their fishing grounds, leaving the remaining open for the members to fish and eke out their livelihoods. The modern version of “tabu” is practiced with traditional rites and includes the formal declaration of the practice, ceremonies, notifying neighboring users, and the marking of the closed area.

In the short time that “tabu” has been practiced again, community members have observed the reefs have regained their excellent health. However, there is a major problem they have to deal with — poachers. Many unscrupulous people come in at night and fish inside the reserve area, thereby posing a danger to “tabu” and future harvests. Some are thinking of making portions of the reefs a gazetted marine protected region. This would allow police intervention in the area, which might be a good enough threat to stop the poachers. But this also means that the government will be able to interfere in the management of community fishing grounds.

The COVID-19 outbreak is posing a threat to Fiji’s fishing stocks according to Brian Stockwell, a University of the South Pacific, School of Marine Studies Research Fellow. The viral outbreak has increased fishing in the region, especially within the reefs. As a result, the existence of certain species of fish could be affected adversely.

The job losses have triggered more people to fish in the coastal areas for donu and kawakawa, two fish that are believed to be most affected by overfishing. Earlier, a fishing ban was in place in these regions during the June-September period, which is considered the peak spawning months. However, the government is being pressured into lifting the ban amid the COVID-19 crisis, which will end up worsening the problem.