The Troubles of a Name: North Chinese Leopard 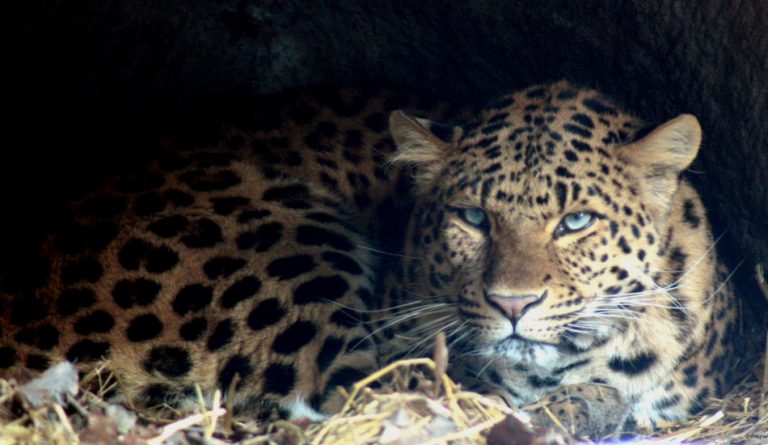 The North Chinese Leopard is classified as an endangered species by the International Union for Conservation of Nature. (Image: Daisyree Bakker via flickr CC BY 2.0 )

The North Chinese Leopard, known by its scientific name Panthera pardus japonensis, is classified as an endangered species by the International Union for Conservation of Nature (IUCN). In recent years, the creature has been grouped with its northern neighbor, the Amur leopard (Panthera pardus orientalis), a move that some feel will erode the uniqueness of the North Chinese leopard.

In 2017, the Cat Classification Task Force of the Cat Specialist Group put the North Chinese leopard in the category of Amur leopard on the argument that there are no biogeographical barriers between the two species. However, experts argue that such a grouping is incorrect since there is no molecular level evidence to back it.

Even though the habitats of both leopards are quite close, the creatures are different from each other in various ways. For one, the North Chinese leopards are tan. In contrast, the Amur leopard has cream-colored thick fur, especially in winter. While the North Chinese species can grow up to 6.8 feet in length, the Amur leopards can grow up to 7.8 feet and are often the largest of the two.

Classifying both species under the same group also creates problems for conservation activities. The IUCN classified the Amur leopard as a “critically-endangered species,” with about 84 adults and 19 cubs identified in the wild. With the inclusion of the North Chinese leopards, this classification might be downgraded to “endangered species.”`

The population of North Chinese leopards is not accurately known due to a lack of proper data. These leopards are believed to be concentrated in the Ziwuling forest region in Shaanxi Province, China, where around 28 of them have been recorded. Some believe that the grouping of the two species will affect some of the ongoing conservation work. However, this is expected to be temporary since the name change will likely be rolled back once a molecular-level study confirms that North Chinese leopards and Amur leopards are different species.

The North Chinese leopard usually weighs around 110 pounds for males and 70 pounds for females. The species mates during the Jan-Feb period. After a gestation period of about 110 days, the females produce two or three cubs. At birth, the cubs weigh about a pound. They only open their eyes when they are 10 days old. The cubs stay with their mothers until they are 20-24 months old, after which they walk their own path.

These leopards are solitary creatures, largely interacting with others only during mating. Both males and females maintain their separate territories. However, it is normal for a male’s territory to overlap the territories of more than one female. They usually eat whatever they can catch. But their main prey includes the wild boar and deer.

A 2015 IUCN report states that leopard populations have been “dramatically reduced due to continued persecution with increased human populations, increased illegal wildlife trade, excessive harvesting for ceremonial use of skins, prey base declines and poorly managed trophy hunting,” according to Mongabay. In about three generations, the habitat of the North Chinese leopards has been reduced by one-third.

Many North Chinese leopards move into the villages nearby their habitats and kill the livestock, thereby inviting the wrath of the villagers. In Heshun County of Shaanxi Province, leopard attacks on cows became such a huge issue that villagers banded together to hunt down the leopards even though this is banned by law. An adult cow usually costs almost the same as the annual income of one of the county’s residents. The local government initiated a compensation plan for villagers who lose cows from leopard attacks to stop them from killing the creatures out of vengeance.