Banning CCP Members From Receiving a US Green Card 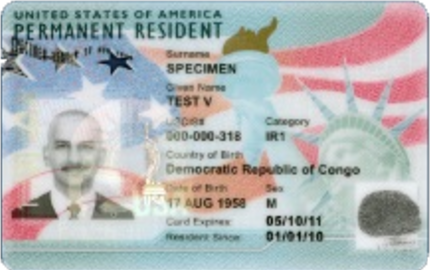 Guy Reschenthaler, a member of the U.S. House of Representatives, has proposed legislation that will ban all members of the Chinese Community Party (CCP) from procuring a green card that allows them to live and work in the United States. The legislation, called “End Chinese Communist Citizenship Act,” seeks to modify the U.S. Immigration and Nationality Act.

“The CCP continues to engage in aggressive and reckless behavior on the global stage, including stealing American intellectual property, violating international trade laws, committing heinous human rights abuses, and more recently, failing to act and responsibly share information that could have contained the deadly COVID-19 pandemic… It is clear members of the CCP do not share our American ideals and values. We should not permit them to enjoy all of the privileges that come with being an American citizen,” Reschenthaler said in a statement.

At present, the U.S. Immigration and Nationality Act prohibits people who have been a member of or affiliated with Communist or totalitarian parties from receiving a green card. The problem is that the Act is not specific enough with regards to which the Communist Party’s membership it is talking about. This is a loophole that allows CCP members to get permanent residency in the U.S.

The “End Chinese Communist Citizenship Act” will specify that people linked to the “Chinese Communist Party or its successor” won’t be allowed citizenship in America. At present, an individual terminating Party membership or having a relationship with a U.S. citizen are exempted from the citizenship ban. With Reschenthaler’s proposed legislation, these exemptions will also be removed.

Reschenthaler, together with lawmaker Jim Jordan, also sent a letter to Government Accountability Office Comptroller General Gene Dodaro asking him to investigate the frequency with which the Chinese communist regime is using the U.S. visa program to enable its members to obtain entry into the United States. The letter warned that these people may pose as innocent immigrants but will likely harbor nefarious designs against America. The letter was especially concerned about the misuse of the EB-5 program.

Created in 1990, the EB-5 program allowed foreigners to become American citizens if they were willing to invest and create jobs in the U.S. In addition to the investor, their family members are also eligible for green cards. To get citizenship in this manner, at least 10 jobs have to be created.

The letter stated that even though the goal of EB-5 was to encourage foreign capital investments into the U.S, the CCP might be using it to get its members settled in America. Between 2012 and 2018, almost 80 percent of EB-5 visas were granted to Chinese-origin applicants.

In late June, the U.S. State Department announced visa restrictions on CCP officials who are identified as being involved in ending the autonomy and freedoms of Hong Kong. The decision follows Beijing’s move to implement the national security law in Hong Kong that will make the city come under full control of the mainland communist regime. Secretary of State Mike Pompeo stated that the restrictions will apply to both existing and former CCP officials.

The new rules have been enacted under section 212(a)(3)(C) of the Immigration and Nationality Act. The U.S. Senate has also passed a bill that will impose sanctions on companies or individuals that support Beijing’s efforts to crush Hong Kong’s autonomy. If a bank is found to be doing business with someone who supports the crackdown on Hong Kong’s autonomy, the United States government might decide to cut off access to their American counterparts as well as U.S. dollar transactions.