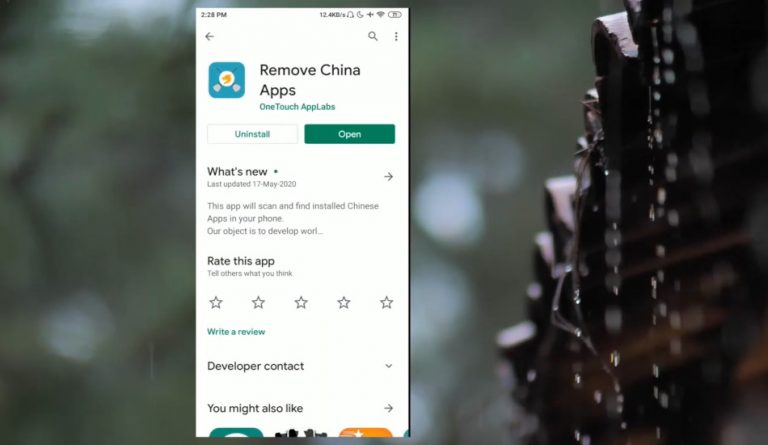 In June, the Indian government banned 59 Chinese apps following border skirmishes between the militaries of the two nations. (Image: Screenshot via YouTube)

In June, the Indian government banned 59 Chinese apps following border skirmishes between the militaries of the two nations. India’s action is one of the toughest ever taken against Chinese tech companies by a developing nation, and it will have damaging consequences on Beijing’s ambition to dominate the global technological sector.

According to the Indian government, the Chinese apps were found to be engaged in activities that were against the interests of the country, its security, and public order. The Ministry of Electronics and IT (MeitY) had received numerous complaints about these apps stealing and transmitting user data to servers outside the country.

“The compilation of the data, its mining and profiling by elements hostile to national security and defence of India, which ultimately impinges upon the sovereignty and integrity of India, is a matter of very deep and immediate concern which requires emergency measures… There have been raging concerns on aspects relating to data security and safeguarding the privacy of 130 crore [1.3 billion] Indians. It has been noted recently that such concerns also pose a threat to sovereignty and security of our country,” MeitY said, as reported by The Economic Times.

The Chinese administration has made veiled threats that it might take the matter to the World Trade Organization. However, experts believe that this will be a tricky affair. India has blocked the Chinese apps on the grounds that they pose a security threat. The WTO is not likely to have any power to force India to overturn the ban. On top of that, China itself censors numerous foreign websites. As such, other countries might not support China. For instance, both the U.S. and France have supported India’s move. In fact, the U.S. is said to be actively thinking of banning Chinese social media apps.

For Chinese apps, the loss of the Indian market will be a big blow. To be clear, India only makes up a tiny portion of these apps’ revenues. However, the future potential of India is so massive that over the next 2 or 3 decades, the country might well become a huge source of revenue. With the ban, the Indian government has crushed such future possibilities for Chinese apps. The combination of the United States and India will also come across as an insurmountable challenge to China as these two nations might work together to create an international Internet ecosystem that is free from Chinese communist-influenced apps and websites.

The Chinese government has been a strong proponent of the idea that a nation’s government should have complete authority to govern the Internet within its borders as it sees fit. The regime wouldn’t have foreseen that this idea would come back to bite its own companies so soon.

According to sources close to the senior management of ByteDance, the company that owns TikTok, India’s app ban will result in a loss of about US$6 billion. In addition to TikTok, two other apps of the company have been banned in India — Vigo Video and Helo. However, TikTok is the company’s single biggest source of revenue and user base in India. In the first quarter of 2020, India downloaded TikTok 611 million times, accounting for over 30 percent of the global share.