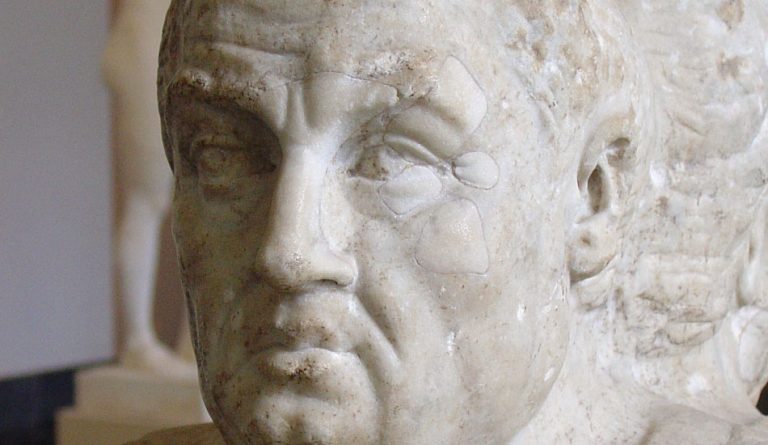 Seneca The Younger was a Roman Stoic philosopher who lived between 4 BCE and 65 CE. Born in Spain, he moved up the political hierarchy in Rome to become a popular statesman.

He moved to Rome as a young boy where he was educated in philosophy and trained as an orator. At the age of 31, he began his career in politics. Though his early career was successful thanks to superb oratory skills, he soon caught the ire of Emperor Caligula. The Emperor is said to have been so offended by Seneca’s oratory skills that he ordered him to commit suicide.

However, after Caligula was told that he was seriously ill, the Emperor withdrew the order, as he believed the philosopher would soon die. In 41 CE, Emperor Claudius exiled him to Corsica on charges of adultery with his niece Julia Livilla. He spent 8 years on the island of Corsica.

When Nero became emperor, Seneca became his advisor and was appointed as “Suffect Consul,” the highest elected political office in the Roman Empire. In 65 CE, he was charged with the crime of plotting to kill Nero. The Emperor ordered him to commit suicide, which he carried out by bleeding himself to death.

Having lived a life that faced numerous ups and downs, it isn’t surprising that Seneca was attracted to Stoic philosophy. After all, one of the core teachings of stoicism is to remain unaffected by the fortunes or misfortunes of life. His philosophical works have been influential throughout the ages.

“Seneca’s exposure to the philosophy came from Attalus, a Stoic philosopher who was Seneca’s early teacher. Seneca was also an admirer of Cato, whose name appears regularly in his writing. Nonetheless, Seneca didn’t confine himself only to Stoicism — he borrowed liberally from other schools, as we see him citing Epicurus in several instances. After his death, Seneca was an influence on notable figures, such as Erasmus, Francis Bacon, Pascal, Montaigne down to modern days as we are seeing a revived interest in him,” according to Daily Stoic.

One of the teachings of Seneca is to avoid constant distractions in your life. In his essay On the Shortness of Life, he points out that people usually only truly live for brief moments in their life. The rest of the time, they are engaged in trivial actions. “Living is the least important activity of the preoccupied man, yet nothing is harder to learn,” he says in the essay. To people who argue that life is too short, he points out that such a belief exists only because they have wasted most of their life on frivolous things. A distracted person constantly pursues things, never actually spending time to enjoy what they think is necessary for their life.

In his essay On Anger, Seneca warns against being in the grip of this powerful emotion. When in anger, people lose all sense of logic. It is like being thrown off a building, unable to do anything while falling inevitably to death. Emotions like anger are destructive and undermine the sociability of a person. To get a grip on one’s anger, he advises that a person should always keep in mind that neither they nor others are perfect. Acknowledging the imperfection of human beings can enable people to tolerate diverging opinions.