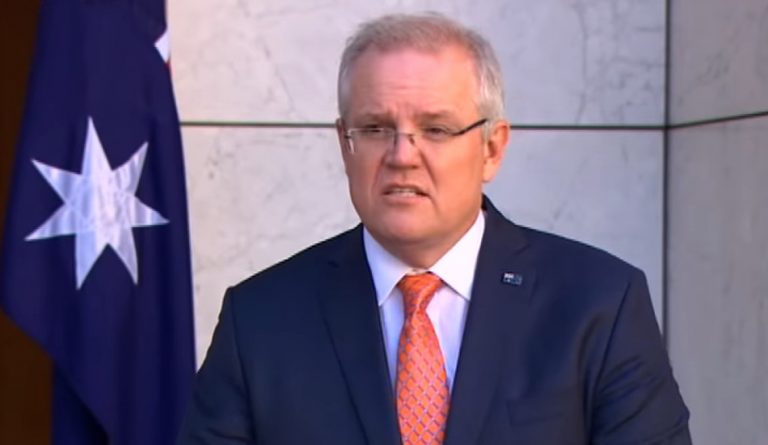 The government of Australia has announced that it will grant an extension of 5 years to visa holders from Hong Kong. The decision comes on the back of Beijing’s move to implement the national security law in Hong Kong despite residents strongly protesting against it.

“If you’re a temporary visa holder, your visa will be extended to an additional five years from today, in addition to the time you’ve already been in Australia with a pathway to permanent residency at the end of that period… And we will also provide a five-year visa with a pathway to permanent residency for future Hong Kong applicants for temporary skilled visas, subject to meeting an updated skills list and appropriate marking testing,” Prime Minister Scott Morrison said, as reported by The Guardian. The decision is expected to benefit almost 10,000 temporary visa holders currently residing in Australia.

The government is also looking forward to inducing export-oriented businesses in Hong Kong to shift to Australia, especially if these businesses have the potential for creating employment opportunities for Australian citizens. Human Rights Watch asked the government to ensure that the protection provided for Hongkongers be above the existing humanitarian quotas. Otherwise, people fleeing from war-torn regions like Afghanistan and Syria will have to compete with Hongkongers for visas.

The Chinese Communist Party (CCP) threatened Australia with harsh consequences if it provides shelter to fleeing Hongkongers. In fact, the Chinese foreign ministry mocked the current Australian government for not understanding how the country will suffer economically by going against the interests of the communist regime. However, most political parties have supported the state’s decision to aid Hongkongers. Labor has asked the government to allow Hongkongers presently in Australia to remain in the country if they are afraid of going back to their native land.

Morrison also revealed that Australia will suspend its existing extradition treaty with Hong Kong. Since the treaty was made with Hong Kong while it was an autonomous democracy, it is sensible that the Australian government wants to nullify the agreement given that the city’s autonomy is being gradually eroded. At present, Australia does not have an extradition treaty with China. The Morrison government has also updated its travel warning for China, pointing out that travelers might be at risk of arbitrary detention in the Asian country even if they have committed no crime.

Meanwhile, the trade dispute between China and Australia seems to show no signs of ending anytime soon. With Australia wanting an independent investigation into the origin of COVID-19 and deciding to shelter fleeing Hongkongers, Beijing is taking harsh steps to economically punish Australia. The communist regime might be trying to make Australia an example of what happens when countries dependent on exporting to China go against Beijing’s interests.

China has increased the tariffs on Australian beef imports. The tariff rate was 4.8 percent, but for the remainder of 2020, Australian exporters will have to pay a tariff rate of 12 percent. Back in May, the import of beef from 4 major Australian suppliers was banned due to “compliance issues.” According to data from Australia’s Department of Agriculture, almost 27 percent of Australian beef exports were shipped to China in January this year.

But by June, this number fell to 18 percent. Some experts fear that exports might fall further due to cheap beef sources in South America. In addition to beef, other Australian products are also being targeted by the Chinese regime in hopes that the country will be pressured into dancing to its tune.