Busting the Photography Myth of ‘Rule of Thirds’ 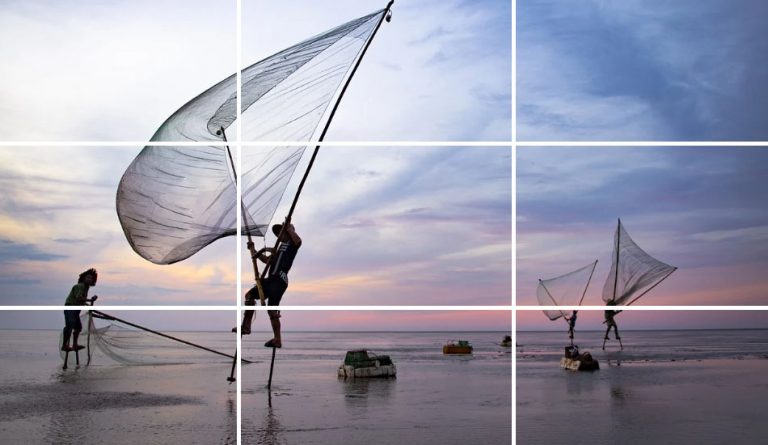 The Rule of Thirds calls for important elements of an image to be placed at an intersection point of two lines in a 3x3 grid. (Image: via pixabay / CC0 1.0)

If you have ever been interested in photography, you will have come across the “Rule of Thirds” concept that promises to make your every shot “well-composed.” So what is the Rule of Thirds? Imagine that you place two horizontal and vertical lines over a proposed image. These lines will make nine equal parts.

The idea of the Rule of Thirds is that “the important elements within a frame should be placed at the intersection points of these lines… Or, when photographing subjects like a tree or horizon, which are comprised of straight lines, the rule of thirds suggests placing them along one of the four lines instead,” according to Photography Life.

However, the proposition that the Rule of Thirds is some kind of guaranteed way to ensure ideal composition is riddled with numerous myths.

The number one claim that Rule of Thirds supporters make is that the technique makes an image appealing to most people. This myth can easily be busted if you take some time and go through a few images and paintings. As you analyze them, you will notice that there are several images that you find “eye-catching” even though they do not follow the Rule of Thirds. Instead of subjects being on one of the four lines, you will find subjects being focused dead-center in the image. But yet, you will find it pleasing to the eye. After all, what looks good looks good. As simple as that. To insist that only images that follow the Rule of Thirds are appealing is a cultish statement that cannot be absolutely validated by individual experience.

‘Moves the eye around’ myth

Another argument claims that the Rule of Thirds encourages a person to take a sweeping look at the image rather than be just focused on a specific area, thereby ensuring that everything in the image is seen. Again, this is not a good argument at all. There are several composition techniques that you can use to create eye movement on the image. One such technique is called “Arabesque,” which is a curvilinear element that can be used in any artwork to ensure that the watcher takes a sweeping look at the photo or image.

Some people who are first introduced to the Rule of Thirds get over-excited and start claiming that it is good for beginners. Nothing can be further from the truth. A beginner who is learning any subject is an empty vessel. A beginner has to absorb information, question it, and learn from it. Only then will their level of knowledge and application of a topic improve.

Blindly encouraging beginning photographers to follow the Rule of Thirds is the worst thing you can do for them. As all great photographers and artists of the past have done, they should be encouraged to test out everything. This is the only “good way” for beginners. For instance, rather than focusing just on horizontal and vertical lines as in the Rule of Thirds, beginners should dabble in concepts like grid symmetry and diagonals early on.

When people wish to attach a mystical, divine meaning to an idea, they immediately tend to create fake claims about how the idea has a relationship with a golden period in the past. When it comes to the Rule of Thirds, the myth claims that it was used by Renaissance painters and ancient Greek painters. But historically speaking, the Rule of Thirds is first documented in a book published around 1797, well after the renaissance and Greek eras had passed.